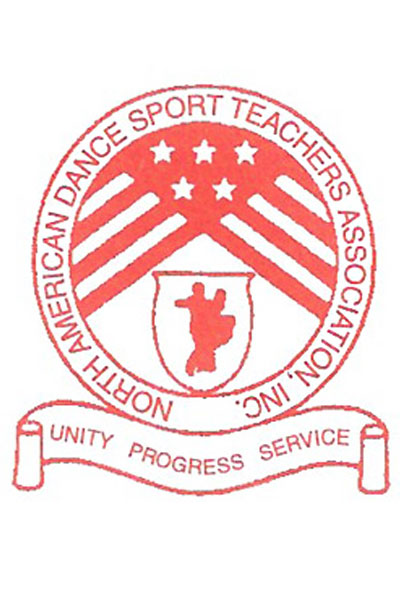 The North American DanceSport Teachers Association is a Professional Certification Organization that has been a member of the National Dance Council of America since 1969. NADTA offers examinations to become Professional Dance Instructors as well as Certified Adjudicators in the International Style Standard, Latin and Theatrical as well as American Style divisions.
Contents [hide]

In 1967, a representative from the California USDTA (United States Dance Teachers Association) contacted Rickey Geiger (then Rickey Cunningham) to request that she become an examiner for that organization, based on her United Kingdom Alliance (G.B.) degree as examiner. John March traveled from Long Beach to Vienna, VA to give the examination and so began a two-year process into the forming of a new organization. Rickey was asked to form an “Eastern Area” of the USDTA, which was successfully accomplished in 1967.

During the weekend of the first successful competition, held in the mid-west by the Eastern Area, a decision was made by the Eastern group to split from the California-based USDTA, and form the "American Dance Teachers Association". The first president was Joe Jenkins. At that time, Rickey was serving on the Ballroom Committee and the Rules Formation Committee of the NCDTO (now National Dance Council of America - NDCA). She became president of ADTA in 1969. The object in forming the ADTA was to more fully provide an organization in the United States which would include International Style Standard, International Style Latin and Theatrical as well as American Style in equity.

Because of Rickey's qualification with the United Kingdom Alliance of Professional Teachers of Dancing (having passed the examiners examination with high honors), she was able to set up an International Branch with high standards, alongside the American Branch, which was run by Tom and Petie Gonzalez. First, the syllabi were set up. This took a full year to complete. Then, examiners were examined and set up in areas around the U.S.A. and a very strict code of ethics was enforced. John Ford and Ron Williams drew up the Theater Arts exam. Subsequently, the ADTA was accepted by the National Dance Council of America (NDCA) and became a hard-working participant at all meetings since 1969-70. A Performing Arts branch was added. The organization has over 450 members, elections, a fully qualified Board of Examiners, and is one of the first organizations that established an examination for adjudicators, specifically to set the criteria for qualifying adjudicators in all styles.

The National Dance Council of America approved a request to change the name of the organization to the North American DanceSport Teachers Association, Inc. Now, the organization enjoys a fine and well-earned reputation for high standards and is a credit to the NDCA and the U.S.A.

You can also search for North American DanceSport Teachers Association to check for alternative titles or spellings.