The Cha Cha Cha originated in Cuba in the early 1950s and refers to a style of ballroom dancing included in DanceSport categories of competition. The Cha Cha Cha can be danced in either the International Latin Style or the American Rhythm Style. In addition, this dance style is derived from the Rumba and the Mambo.
Contents [hide]

The Cha Cha Cha is danced to the music introduced by Cuban composer and violinist Enrique Jorrín in the early 1950s, and has been originated from the danzón-mambo. The name "Cha Cha Cha" is onomatopoetic, derived from the shuffling sound of the dancers' feet. The word imitates the sound of the steps, the rendering of the two quick steps on the split 4th beat (4 and), followed by another slow step on beat 1. The Cha Cha Cha count within the bar is 2, 3, 4, and 1, or slow, slow, quick, quick, slow. The movement starts on the 2nd beat of the bar and finishes on the 1st beat of the next bar – contratiempo Cubano.

The Cha Cha Cha is danced to authentic Cuban music, although in ballroom competitions, it is often danced to Latin Pop or Latin Rock. The music for the International Style Cha Cha Cha is energetic and has a steady beat. The Cuban Cha Cha Cha is more sensual and may involve complex poly-rhythms.

In the early 1950s, Enrique Jorrín worked as a violinist and composer with the charanga group Orquesta América. The group performed at dance halls in Havana where they played danzón, danzonete, and danzon-mambo for dance-orientated crowds. Jorrín noticed that many of the dancers at these gigs had difficulty with the syncopated rhythms of the danzón-mambo. To make his music more appealing to the dancers, Jorrín began composing songs where the melody was marked strongly on the first downbeat, and the rhythm was less syncopated. When Orquesta América performed these new compositions at the Silver Star Club in Havana, it was noticed that the dancers had improvised a triple step in their footwork, producing the sound "cha-cha-cha." Thus, the new style came to be known as the "cha-cha-cha" and became associated with a dance where dancers perform a triple step.

In 1953, Orquesta América released two of Jorrin's new compositions, "La Engañadora" and "Silver Star", on the Cuban record label "Panart". These were the first Cha Cha Cha compositions ever recorded. They immediately became hits in Havana, and other Cuban charanga orchestras quickly imitated this new style. Soon, there was a Cha Cha Cha craze in Havana's dance halls, popularizing both the music and the associated dance. This craze soon spread to Mexico City, and by 1955 the music and dance of the Cha-Cha-Cha had become popular in Latin America, the United States, and Western Europe, following in the footsteps of the Mambo, which had been a worldwide craze a few years earlier.

Nevertheless, many social dancers count "one, two, cha-cha-cha" and may find it difficult to adjust the correct timing of the dance, "two, three, cha-cha, one."

The basic pattern involves the lead (usually the man) taking a checked forward step with the left foot, retaining some weight on the right foot. The knee of the right leg must stay straight and close to the back of the left knee, the left leg having straightened just before receiving partial weight. This step is taken on the second beat of the bar. Full weight is returned to the right leg on the second step (beat three).

The fourth beat is split into two so the count of the next three steps is 4-and-1. These three steps constitute the Cha Cha Cha chasse. A step to the side is taken with the left foot, the right foot is half closed towards the left foot (typically leaving both feet under the hips or perhaps closed together), and finally there is a last step to the left with the left foot. The length of the steps in the chasse depends very much on the effect the dancer is attempting to make.

The partner takes a step back on the right foot, the knee being straightened as full weight is taken. The other leg is allowed to remain straight. It is possible it will bend slightly, but no deliberate flexing of the free leg is attempted. This is quite different from the technique associated with Salsa, for instance. On the next beat (beat three), the weight is returned to the left leg. Then a chasse is danced RLR (right-left-right).

Each partner is now in a position to dance the bar their partner just danced. Hence the fundamental construction of Cha Cha Cha extends over two bars.

The checked the first step is a later development in the International Style Latin Cha Cha Cha. Because of the action used during the forward step (the one taking only partial weight), the basic pattern turns left, whereas, in earlier times, the Cha Cha Cha was danced without rotation of the alignment. Hip actions are allowed to occur at the end of every step. For steps taking a single beat, the first half of the beat constitutes the foot movement and the second half is taken up by the hip movement. The hip sway eliminates any increase in height as the feet are brought towards each other. In general, steps in all directions should be taken first with the ball of the foot in contact with the floor, and then with the heel lowering when the weight is fully transferred; however, some steps require that the heel remain lifted from the floor. When weight is released from the foot, the heel should release from the floor first, allowing the toe to maintain contact with the floor.

In traditional American Rhythm, Latin hip movement is achieved through the alternate bending and straightening action of the knees, though, in modern competitive dancing, the technique is virtually identical to the International Latin Style.

The weighted leg is almost always straight in the International Latin Style. The free leg will bend, allowing the hips to settle into the weighted leg's direction naturally. As a step is taken, a free leg will straighten the instant before it receives weight. It should then remain straight until it is completely free of weight again.

Cha Cha Cha is one of the five dances of the "Latin American" program of international ballroom dance competitions.

The basis of the modern dance was laid down in the 1950s by Pierre & Lavelle and developed in the 1960s by Walter Laird and other top competitors of the time. The basic steps taught to learners today are based on these accounts.

In general, steps are kept compact and the dance is danced generally without any rise and fall. The modern ballroom dancing technique of the Cha Cha Cha (and other ballroom dances) does undergo gradual evolution, particularly in competition dancing, but in essence, is still firmly based on its Cuban origin in the 1950s.

There is also another competitive style of Cha Cha Cha in the American Rhythm Style category. This style is commonly danced in the US. 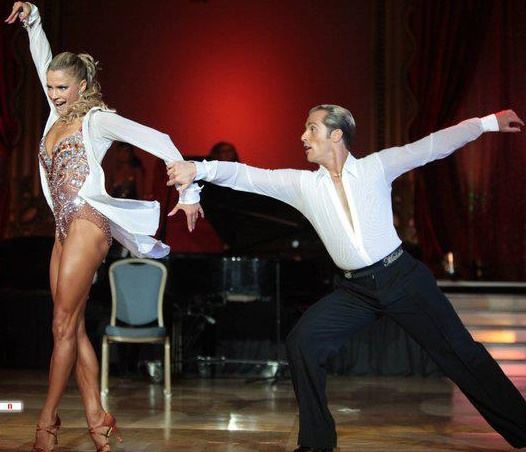 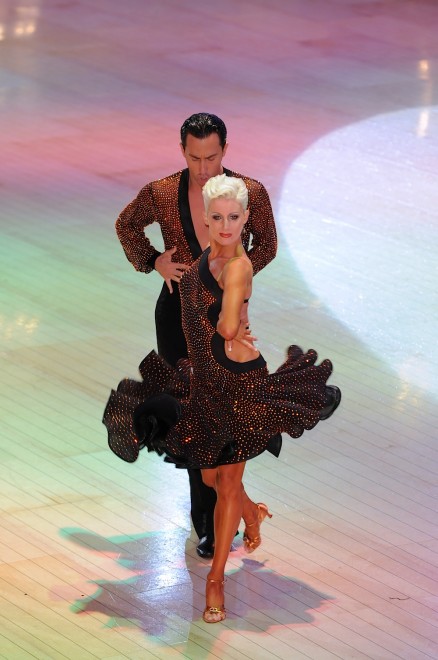 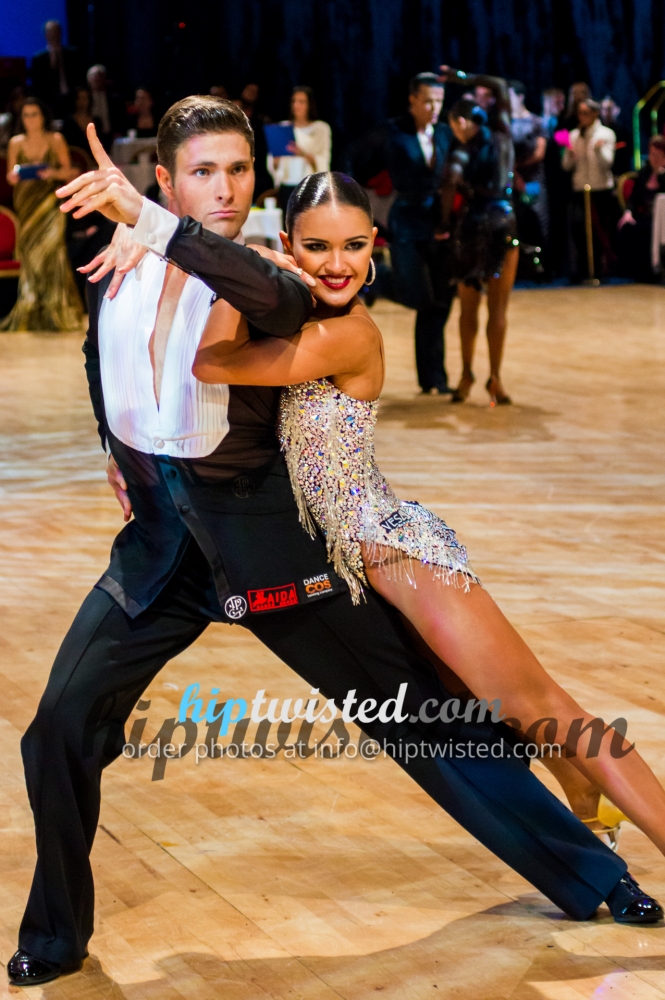 You can also search for Cha Cha Cha to check for alternative titles or spellings.