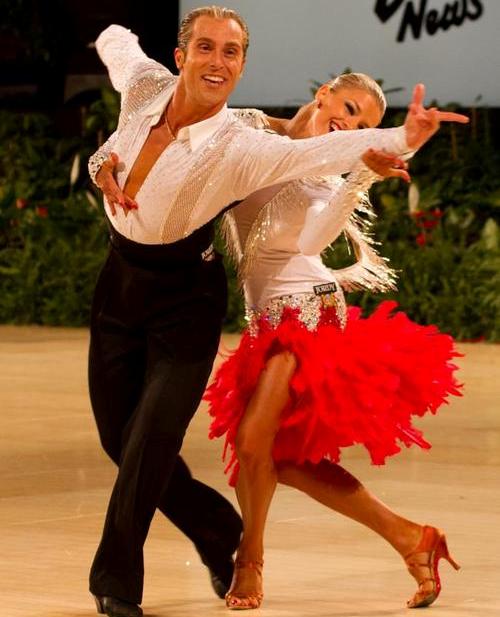 The Samba refers to a style of ballroom dancing included in DanceSport categories of competition. It is a rhythmical dance with elements taken from the Brazilian Samba, its originator. The history of the dance began in Brazil at the beginning of the 20th century.
Contents [hide]

The International Latin Ballroom style of Samba is a lively, rhythmical dance with elements of the Brazilian Samba. However, it differs considerably from its originator. The Samba known today in the competitive DanceSport world has been influenced by the original Brazilian dance, as well as the Maxixe, and has subsequently developed independently from its traditional ancestors into having its own unique style.

Samba is an old Brazilian style of dance with many variations and is African in origin. It has been performed as a street dance at the carnival, the pre-Lenten celebration, for almost 100 years.

Many versions of the Samba (from Baion to Marcha) are danced at the local carnival in Rio. The ballroom Samba or Carioca Samba is derived from the rural "Rocking Samba" and has been known for many years. (The Carioca is a small river that runs through Rio de Janeiro - hence the name Carioca refers to the people of Rio.)

Today the Brazilian Samba is still very popular in Rio. During carnival time there are "schools of Samba" involving thousands of elaborately-costumed dancers presenting a national theme based on music typical of Brazil and Rio in particular.

Recently, the Samba has been exposed to the American public through television programs such as Strictly Come Dancing and Dancing with the Stars.

The origins of the Samba come from Brazil at the beginning of the 20th century. Many steps can be traced back to the Maxixe danced in the 1910s. (Before 1914, the Samba was known under the Brazilian name "Maxixe".)

As early as 1923, an international meeting of professors of dancing took note of the rise of the Samba's popularity, particularly in France. A French dance book published by Paul Boucher in 1928 included Samba instructions.

The dance was introduced to United States movie audiences in 1933 when Fred Astaire and Dolores Del Rio danced the Carioca in Flying Down to Rio. Several years later, Carmen Miranda danced the Samba in That Night in Rio.

A Samba exhibition was given at the November 1938 meeting of the New York Society of Teachers of Dancing. General interest in the Samba was also stimulated at the 1939 World's Fair in New York, where Samba music was played at the Brazilian Pavilion. A few years later the Brazilian composer Ary Barroso wrote the classic Samba, "Brasil," which quickly became a hit, and in 1944 he went to Hollywood to write the score for the musical Brazil.

The Samba is a partner dance.

The Samba danced in the world of DanceSport, even more than other ballroom dances, is very disconnected from the origins and evolution of the music and dance that gives it its name.

Most steps are danced with a slight downward bouncing or dropping action. This action is created through the bending and straightening of the knees, with bending occurring on the beats of 1 and 2, and the straightening occurring in between. However, unlike the bouncing off, let's say, Polka, there is no considerable bobbing. Also, Samba has a specific hip action, different from that in the International Latin Rumba and Cha Cha Cha.

To achieve the true character of the Samba, a dancer must give it a happy, flirtatious, and exuberant interpretation. Many figures, used in the Samba today, require a pelvic tilt (Samba tic) action. This action is difficult to accomplish, but without it, the dance loses much of its effect.

The principal characteristics of the Samba are the rapid steps taken on a quarter of a beat and the pronounced rocking motion and sway of the dancing couple.

The Ballroom Samba is danced to music in 2/4 or 4/4 time. It uses several different rhythmical patterns in its figures, with cross-rhythms being a common feature. Thus, for three-step patterns, common step values (in beats) are:

Samba has a very specific rhythm, highlighted to its best by characteristic Brazilian musical instruments: originally called tamborim, chocalho, reco-reco and cabaca. Much of Samba music came from daily life in Rio, the first famous example being "Pelo Telefone" composed by Donga.

The Ballroom Samba can be danced under several different rhythms, including the rhythms of original Brazilian Samba music. It is also possible to dance Ballroom Samba under Flamenco, Zouk, and other South American rhythms. 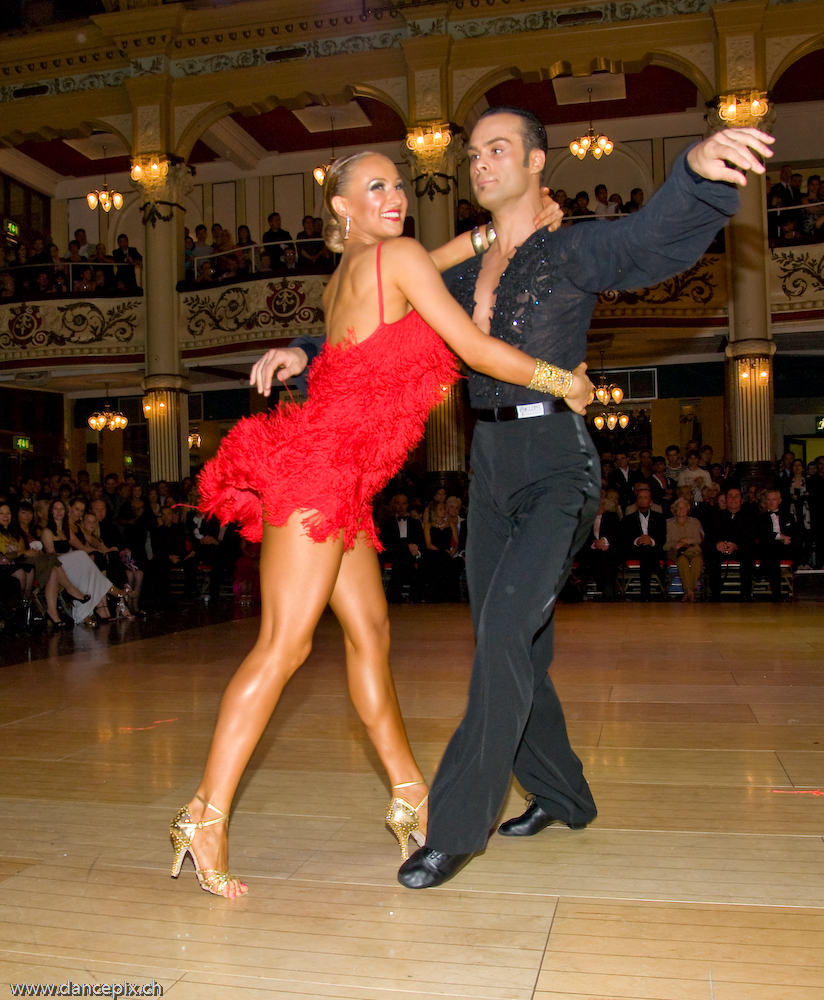 You can also search for Samba to check for alternative titles or spellings.