Contradanza is a 19th-century Cuban salon and popular dance and music genre often mistaken abroad as habanera, but which denotes Havana-style contradanza in addition to an earlier style of contradanza: namely, a Spanish line dance popular in the 18th and early 19th centuries thought to come from an older English "country dance" (thus the Spanish corruption of the name). It was Franco-Haitian slaves seeking refuge in Oriente in the 1790s, however, not the Spanish, who introduced the genre to island, in the form of the French contredanse.

Although rhythmically tame by contemporary Afro-Cuban standards, the contradanza was scandalously syncopated for its time because it represented one of the earliest obvious entrances of African rhythm into Cuban music salons which had until then been a venue for strictly European forms like waltzes, quadrilles and schottisches. Previously, European instruments, melodies and harmonies had worked their way into the musical practices of Cuban slaves, but no such reversal of musical influence had been so strong until the appearance of the contradanza.

While the Cuban contradanza was well-established by the turn of the 19th century, the earliest surviving example is "San Pascual Bailón," which dates from 1803.

Contradanza (also called contradanza criolla, danza, danza criolla, or habanera) is the Spanish and Spanish-American version of the contradanse, which was an internationally popular style of music and dance in the 18th century, derived from the English country dance and adopted at the court of France. Contradanza was brought to America and there took on folkloric forms that still exist in Mexico, Venezuela, Colombia, Peru, Panama and Ecuador.

In Cuba during the 19th century, it became an important genre, the first written music to be rhythmically based on an African rhythm pattern and the first Cuban dance to gain international popularity, the progenitor of danzón, mambo and Cha Cha Cha, with a characteristic "habanera rhythm" and sung lyrics.

Outside Cuba, the Cuban contradanza became known as the habanera – the dance of Havana – and that name was adopted in Cuba itself subsequent to its international popularity in the later 19th century,[1] though it was never so called by the people who created it.

The contradanza was popular in Spain and spread throughout Spanish America during the 18th century. According to musicologist Peter Manuel, it may be impossible to resolve the question of the contradanza's origin, as it has been pointed out by Cuban musicologist Natalio Galán in humoristically labeling the genre as "anglofrancohispanoafrocubano" (English-French-Spanish-African-Cuban).

The most conventional consensus in regard to the origin of this popular Cuban genre was established by novelist Alejo Carpentier, in his book from 1946, La Música en Cuba. In the book, he proposes a theory that signals the French contredance, supposedly introduced in Cuba by French immigrants fleeing the Haitian Revolution (1791–1803), as the prototype for the creation of the creolized Cuban Contradanza. However, according to other important Cuban musicologists, such as Zoila Lapique and Natalio Galan, it is quite likely that the Contradanza had been introduced to Havana directly from Spain, France or England several decades earlier.

The earliest Cuban contradanza of which a record remains is "San Pascual Bailón", which was written in 1803. Certain characteristics would set the Cuban contradanza apart from the contredanse by the mid-19th century, notably the incorporation of the African cross-rhythm called the tresillo. The habanera rhythm can be thought of as a combination of tresillo and the backbeat.

The habanera is also slower and as a dance more graceful in style than the older contradanza but retains the binary form of classical dance, being composed in two parts of 8 to 16 bars each, though often with an introduction. An early identifiable contradanza habanera, "La Pimienta", an anonymous song published in an 1836 collection, is the earliest known piece to use the characteristic habanera rhythm in the left hand of the piano.

The contradanza, when played as dance music, was performed by an orquesta típica composed of two violins, two clarinets, a contrabass, a cornet, a trombone, an ophicleide, paila and a güiro (Alén 1994:82). But the habanera was sung as well as danced.

During the first half of the 19th century, the contradanza dominated the Cuban musical scene to such an extent that nearly all Cuban composers of the time, whether composing for the concert hall or the dance hall, tried their hands at the contradanza (Alén 1994:82). Among them Manuel Saumell (1817–1870) is the most noted (Carpentier 2001:185–193).

It is thought that the Cuban style was brought by sailors to Spain, where it became popular for a while before the turn of the twentieth century. The Basque composer Sebastian Yradier's "La Paloma" ("The Dove"), achieved great fame in Spain and America. The dance was adopted by all classes of society and had its moment in English and French salons.

It was so well established as a Spanish dance that Jules Massenet included one in the ballet music to his opera Le Cid (1885). Maurice Ravel wrote a Vocalise-Étude en forme de Habanera, and a habanera for Rapsodie espagnole (movement III, originally a piano piece written in 1895), Camille Saint-Saëns' Havanaise for violin and orchestra is still played and recorded today, as is Emmanuel Chabrier's Habanera for orchestra (originally for piano). Bernard Herrmann's score for Vertigo (1958) makes prominent use of the rhythm as a clue to the film's mystery.

In Andalusia (especially Cadiz), Valencia, Alicante, and Catalonia, the habanera is still popular. "La Paloma", "La bella Lola" or "El meu avi" ("My Grandfather") are well known. From Spain, the style arrived in the Philippines where it still exists as a minor art-form.

In the 20th century, the habanera gradually became a relic form in Cuba, especially after the success of the son. However, some of its compositions were transcribed and reappeared in other formats later on: Eduardo Sánchez de Fuentes' Tú is still a much-loved composition. The music and dance of the contradanza/danza are no longer popular in Cuba but are occasionally featured in the performances of folklore groups.

The habanera rhythm's time signature is 2/4. An accented upbeat in the middle of the bar lends power to the habanera rhythm, especially when it is as a bass ostinato in contradanzas such as "Tu madre es conga." Syncopated cross-rhythms called the tresillo and the cinquillo, basic rhythmic cells in Afro-Latin and African music, began the Cuban dance's differentiation from its European form. Their unequally-grouped accents fall irregularly in a one or two bar pattern: the rhythm superimposes duple and triple accents in cross-rhythm (3:2) or vertical hemiola.

This pattern is heard throughout Africa, and in many Diaspora musics, known as the congo, tango-congo, and tango. Thompson identifies the rhythm as the Kongo mbilu a makinu, or 'call to the dance.' The syncopated rhythm may be vocalized as "boom...ba-bop-bop", and "da, ka ka kan." It may be sounded with the Ghanaian beaded gourd instrument axatse, vocalized as: "pa ti pa pa", beginning on the second beat so that the last "pa" coincides with beat one, ending on the beginning of the cycle so that the part contributes to the cyclic nature of the rhythm, the "pa's" sounding the tresillo by striking the gourd against the knee, and the "ti" sounding the main beat two by raising the gourd and striking it with the free hand.

Carpentier (2001:149) states that the cinquillo was brought to Cuba in the songs of the black slaves and freedmen who immigrated to Santiago de Cuba from Haiti in the 1790s and that composers in western Cuba remained ignorant of its existence:

In the days when a trip from Havana to Santiago was a fifteen-day adventure (or more), it was possible for two types of contradanza to coexist: one closer to the classical pattern, marked by the spirits of the minuet, which later would be reflected in the danzón, by way of the danza; the other, more popular, which followed its evolution begun in Haiti, thanks to the presence of the 'French Blacks' in eastern Cuba.

A danza entitled "El Sungambelo", dated 1813, has the same structure as the contradanza – the four-section scheme is repeated twice, ABAB (Santos 1982) and the cinquillo rhythm can already be heard.

The danza dominated Cuban music in the second half of the 19th century, though not as completely as the contradanza had in the first half. Two famous Cuban composers in particular, Ignacio Cervantes (1847–1905) and Ernesto Lecuona (1895–1963), used the danza as the basis of some of their most memorable compositions.

In Cuba the danza was supplanted by the danzón from the 1870s onwards, though the danza continued to be composed as dance music into the 1920s. By this time, the charanga had replaced the orquesta típica of the 19th century (Alén 1994:82 – example: "Tutankamen" by Ricardo Reverón). The danzón has a different but related rhythm, the baqueteo, and the dance is quite different.

The Argentine milonga and tango makes use of the habanera rhythm of a dotted quarter-note followed by three eighth-notes, with an accent on the first and third notes. To some extent the habanera rhythm is retained in early tangos, notably El Choclo[28] and "La Morocha" (1904). As the consistent rhythmic foundation of the bass line in Argentine tango the habanera lasted for a relatively short time until a variation, noted by Roberts, began to predominate.

In 1883 Ventura Lynch, a student of the dances and folklore of Buenos Aires, noted the milonga was "so universal in the environs of the city that it is an obligatory piece at all the lower-class dances (bailecitos de medio pelo), and ... has also been taken up by the organ-grinders, who have arranged it so as to sound like the habanera dance. It is danced in the low life clubs ..."

Ornamented and distributed throughout the texture, the contradanza remains an essential part of the tango's music. Anibal Troilo's "La trampera" (Cheating Woman), recorded by him in 1962, uses the same habanera heard in Bizet's Carmen. 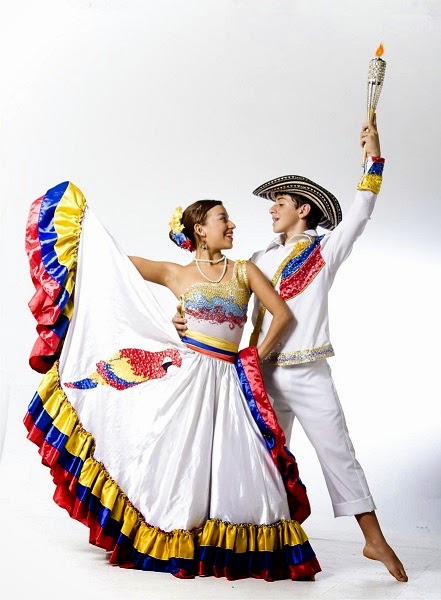 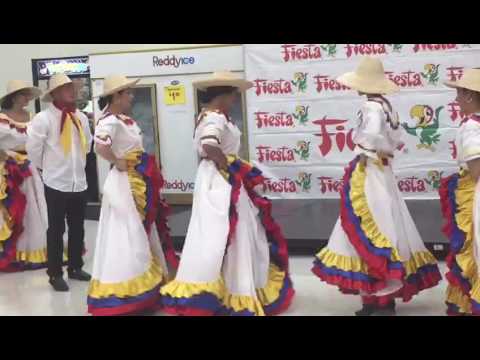 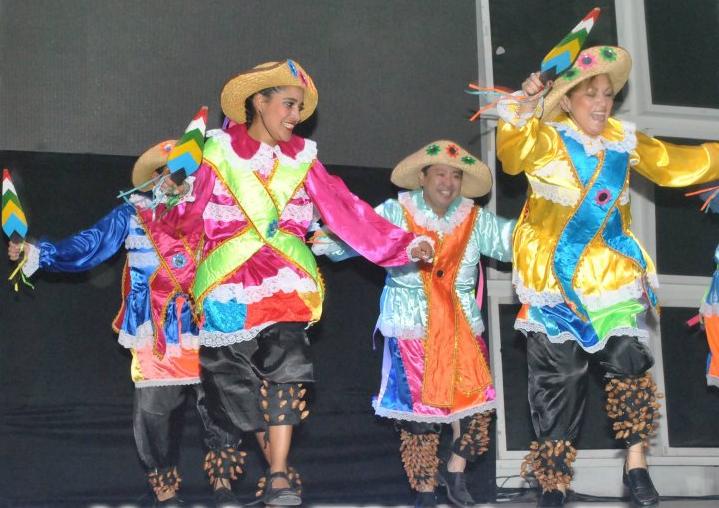 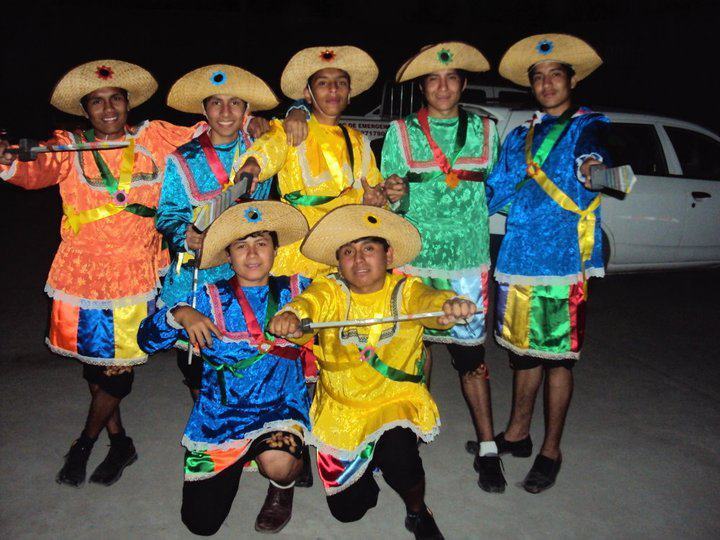 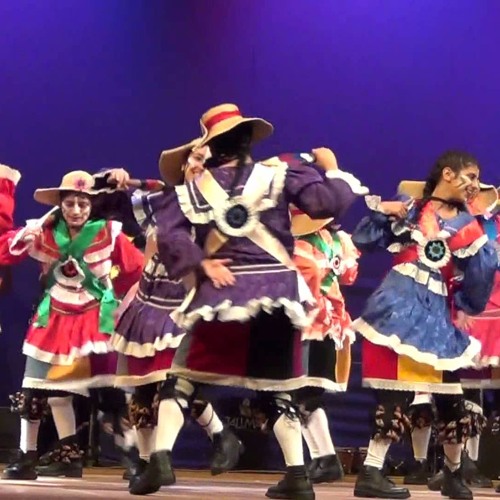 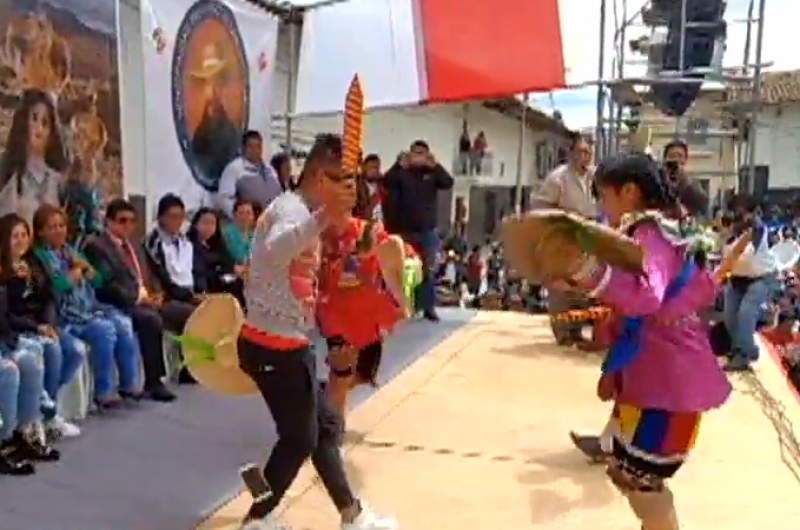 You can also search for Contradanza to check for alternative titles or spellings.