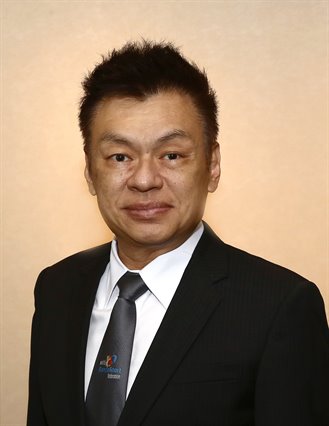 Shawn Tay started his competitive dancing career in 1982 with his wife, Gladys. In 1984, after winning several DanceSport competitions, they traveled to England to further their dance training. After winning more than 20 prestigious titles around the world, they retired from competitive dancing in 1994 to focus on coaching aspiring dancers.

In 1985, Shawn was invited by the former General Secretary of the World DanceSport Federation (WDSF), Rudi Hubert, to compete in Germany. It marked the start of his lasting relationship with WDSF, the world’s governing DanceSport organization that is a member of the International Olympic Committee (IOC).

In 2003, Shawn received the WDSF President’s Award for his outstanding contributions in DanceSport and became a WDSF Presidium Member in 2004. Today, Shawn is the General Secretary of the WDSF (elected on 13th June 2010)—one of the 5 members of the WDSF Managing Committee which oversee the running of the day to day affairs of WDSF – and is the Chairman of the WDSF DanceSport Academy.

Shawn is instrumental in organizing annual WDSF competitions throughout Asia. He founded the Singapore DanceSport Federation (SGDF) in 1986 and is currently its advisor and Singapore’s national coach.

Alongside international achievements, Shawn received the Singapore Sports Council’s Coach Recognition Award for three consecutive years from 2004-2006 as Singapore’s national coach for DanceSport, and in 2008, Shawn and his wife, Gladys, were honored with Singapore’s Spirit of Enterprise Awards.

In 2010, Shawn Tay was nominated by WDSF to be the Supervising Officer in organizing the inaugural DanceSport competition in the 16th Asian Games in Guangzhou, China. Later in 2010, Shawn Tay also organized and hosted the Grand Slam Finals in China.

Shawn & Gladys Dance Academy continues to be the leading Latin and Standard dance training centres in the region and their students have gone on to compete and perform at a variety of events at both national and international levels.

Shawn and Gladys have an enviable record as competitive dancers. Between 1982 and 1993, the pair dominated the DanceSport scene – garnering 20 prestigious international championship titles around the world, including the 1985 Doris Lavelle Challenge Trophy (England) and the 1990 Asian-Pacific Ballroom Dancing Championships (Korea). After their retirement from competitive dancing, they became world class adjudicators and consultants for numerous international championships and events. They also founded the internationally-acclaimed Singapore Lion City DanceSport Championship which has been running since 1985, and the BD Dance World Superstars DanceSport Championship Series.

You can also search for Shawn Tay to check for alternative titles or spellings.