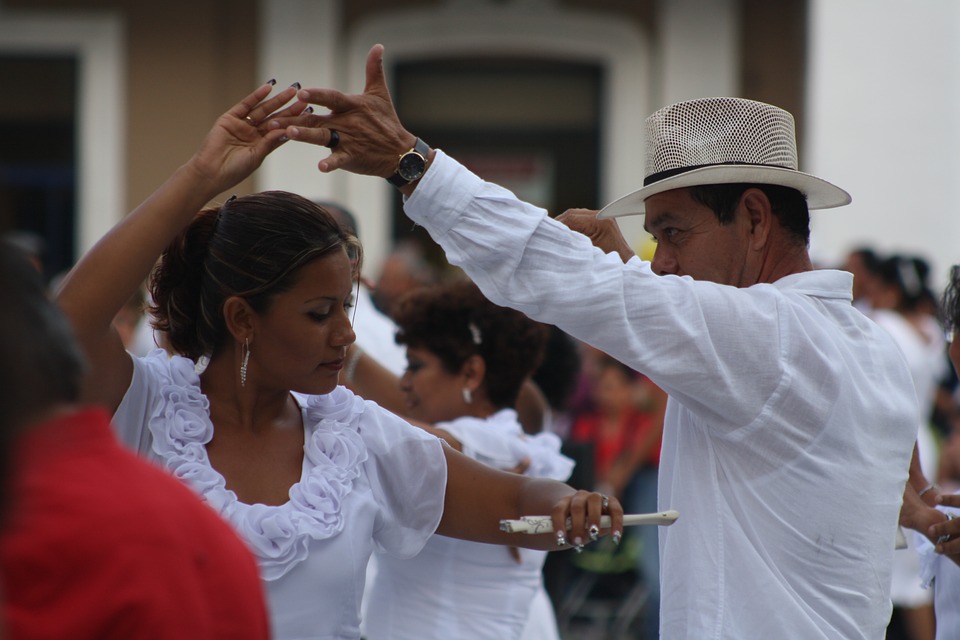 Danzon is a sequence dance, in which all danced together a set of figures. It is the official musical genre and dance of Cuba. Danzón is a slow, formal partner dance, requiring set footwork around syncopated beats, and incorporating elegant pauses while the couples stand listening to virtuoso instrumental passages, as characteristically played by a charanga or tipica ensemble. It is also an active musical form in Mexico, and is still much loved in Puerto Rico.
Contents [hide]

The danzón developed from the habanera, a creolized Cuban dance form. By 1879, the year Las alturas de Simpson composed by Miguel Failde (leader of the Orquesta Faílde) was first performed in Matanzas, danzón had emerged as a distinct genre. Creation of the new danzón form is generally attributed to Faílde. The classical composer Manuel Saumell has also been cited as a key figure in its delineation

In the late 1700's, after the bloody Haitian revolution, many Haitians and French colonists fled to Cuba. With them came the Contradanza, their European-based popular dance music. Many warm Cuban nights later, Contradanza evolved into Danza, out of which the Danzón was created. Since the late nineteenth century, the Danzón has developed and changed in many respects; however, much of the original structure remains; it is this continuity that continues to define Danzón as a truly unique, living art form

The danzón evolved from the Cuban contradanza, or habanera ('Havana-dance'). The contradanza, which had English and French roots in the country dance and contredanse, was probably introduced to Cuba by the Spanish, who ruled the island for almost four centuries (1511–1898), contributing many thousands of immigrants. It may also have been partially seeded during the short-lived British occupation of Havana in 1762, and Haitian refugees fleeing the island's revolution of 1791–1804 brought the French-Haitian kontradans, contributing their own Creole syncopation. In Cuba, the dances of European origin acquired new stylistic features derived from African rhythm and dance to produce a genuine fusion of European and African influences. African musical traits in the danzón include complex instrumental cross-rhythms, expressed in staggered cinquillo and tresillo patterns.

The original form of Danzón, created by Miguel Faílde Pérez in 1879, begins with an Introduction (four bars) and Paseo (four bars), which are repeated and followed by a 16-bar melody. The Introduction and Paseo again repeat before a second melody is played. The dancers do not dance during these sections: they choose partners, stroll onto the dance floor, and begin to dance at precisely the same moment: the fourth beat of bar four of the paseo, which has a very distinctive percussion pattern that's hard to miss. When the introduction is repeated the dancers stop, chat, flirt, greet their friends, and start again, right on time as the Paseo finishes

Danzón went on to interact with 20th-century Cuban genres such as son, and through the danzón-mambo it was instrumental in the development of mambo and Cha Cha Cha.

The English contradanza was the predecessor of the "habanera", also known as danza criolla. Out of this Creole genre, the Habanera, was born in 1879 another Cuban genre, called danzon, a sequence dance, in which all danced together a set of figures. The first use of the term danzón, which dates from the 1850s, is for just such a dance. Havana's daily paper, El Triunfo, gave a description of this earlier danzón. It was a coordinated dance of figures performed by groups of Matanzas blacks. The dancers held the ends of colored ribbons, and carried flower-covered arches. The group twisted and entwined the ribbons to make pleasing patterns. This account can be corroborated by other references, for example, a traveler in Cuba noted in 1854 that black Cubans "do a kind of wreath dance, in which the whole company took part, amid innumerable artistic entanglements and disentanglements". This style of danzón was performed at carnival comparsas by black groups: it is described that way before the late 1870s.

Faílde's first danzóns were created for just such sequence dances. Faílde himself said "In Matanzas at this time there was a kind of square dance for twenty couples who carried arches and flowers. It was really a dance of figures (sequence dance), and its moves were adapted to the tempo of the habanera, which we took over for the danzón."

The form of danzón created by Miguel Faílde in 1879 (Las alturas de Simpson), begins with an introduction (four bars) and paseo (four bars), which are repeated and followed by a 16-bar melody. The introduction and paseo again repeat before a second melody is played. The dancers do not dance during these sections: they choose partners, stroll onto the dance floor, and begin to dance at precisely the same moment: the fourth beat of bar four of the paseo, which has a distinctive percussion pattern that's hard to miss. When the introduction is repeated the dancers stop, chat, flirt, greet their friends, and start again, right on time as the paseo finishes.

Similar to other dances in the Caribbean and Latin America, the danzón was initially regarded as scandalous, especially when it began to be danced by all classes of society. The slower rhythm of the danzón led to couples dancing closer, with sinuous movements of the hips and a lower centre of gravity. The author of a survey of prostitution in Havana devoted a whole chapter to the iniquities of dancing, and the danzón in particular. Articles in newspapers and periodicals took up the theme:

"Because I love my country, it hurts me to see danzón at gatherings of decent people." "We recommend banning the danza and danzón because they are vestiges of Africa and should be replaced by essentially European dances such as the quadrille and rigadoon." Apparently, the danzón, which later became an insipid dance for older couples, was at first danced with "obscene movements" of the hips by young couples in close embrace, with bodies touching, and by couples who might come from different races...

"First we had the danza, then came the danzón... next it will be the rumba, and finally we'll all end up dancing ñáñigo!"

So, behind the concern about music and dance were concerns about sexual license, and about miscegenation, the mixing of races. As with other similar cases, the criticism was to no avail. The danzón became hugely popular, and was the dominant popular music in Cuba until the advent of the son in the 1920s. At length the Cuban government made Faílde the official inventor of the danzón – but not until 1960, by which time the danzón had become a relic, and its 'child', the Cha Cha Cha, had taken over.

The basic timbales part for danzón is called the baqueteo. In the example above, the slashed noteheads indicate muted drum strokes, and the regular noteheads indicate open strokes. The güíro also plays this pattern. The danzón was the first written music to be based on the organizing principle of sub-Saharan African rhythm, known in Cuba as clave.

Some thirty years later, José Urfé added an Estribillo (a swinging section which consists of a repeated musical phrase) taken from the Son to his El Bombín de Barretto. This piece exemplifies this style of Danzón. Antonio María Romeu incorporated a piano solo into the Estribillo in 1926, in his arrangement of Guillermo Castillo's Son Tres Lindas Cubanas. During the 1950's, the structure developed even further to include all or some of a sung melody, Bolero and Cha Cha Cha.

Later, ensembles utilizing violins and flute, were playing the popular Guaracha, a fast dance music. In the 1970's Los Van Van popularized a music they called Songo, which mixed elements of Son and Rumba. Timba music follows the same trajectory all Cuban music has taken for the last 300 years, mixing the diverse influences of the island's inhabitants in a way that is uniquely Cuban.

Before there was Son, there was the Punto Guajiro. The Punto Guajiro, with its Andalucian origins, has been evolving in Cuba since the 1700's. The ensemble consists of some combination of guitar, tres, tiple, laúd, clave and guiro. There are two kinds of Punto, Punto Fijo and Punto Libre. Fijo means fixed, meaning rhythm does not stop and the verse and music consists of fixed, measured units. The Punto Libre has a more fluid, slower, and flexible form which follows the singer.

The Bolero evolved, in the late 1800's, from the traditional Trova of Santiago de Cuba. This beautiful style of music, with its sometimes sophisticated harmonies, came to incorporate popular poetry of the day in its songs. The Cuban bolero (which has almost nothing to do with its Spanish namesake despite its Spanish origins) is played in all sorts of ensembles and is a popular genre throughout Latin-America.

The Son Cubano is arguably the most influential musical style to come out of Cuba. Son originated in eastern Cuba, and laid the foundations of the international genre called Salsa. It is a music that incorporates Spanish and African influences. This can be seen in its instrumentation, rhyme scheme, and its call and response form. Early Son was a vocal music accompanied by Tres, Guitar and Maracas. This was followed by a sextet instrumentation using tres, vocals, guitar, bass or marimbula, bongó, maracas, clave — providing the heartbeat of this syncopated music. By the 1920's this instrumentation was augmented with the addition of a trumpet thus creating the standard septeto style. The Son Montuno further incorporated a 3 trumpet horn section, a piano, and a conga drum, or tumbadora, as it is called in Cuba. 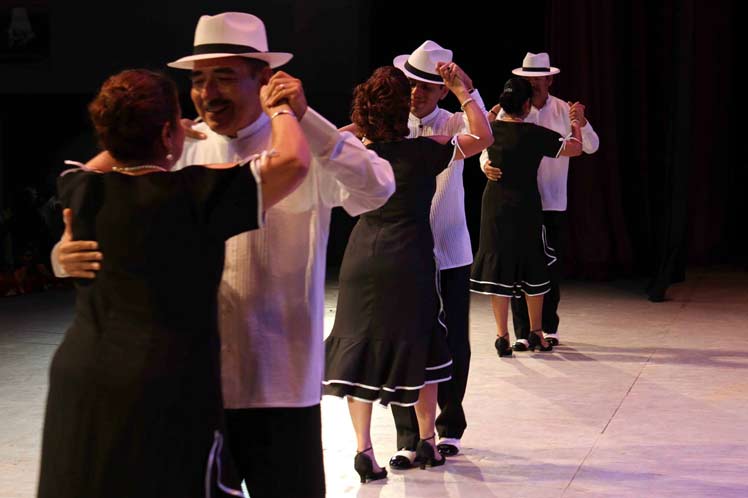 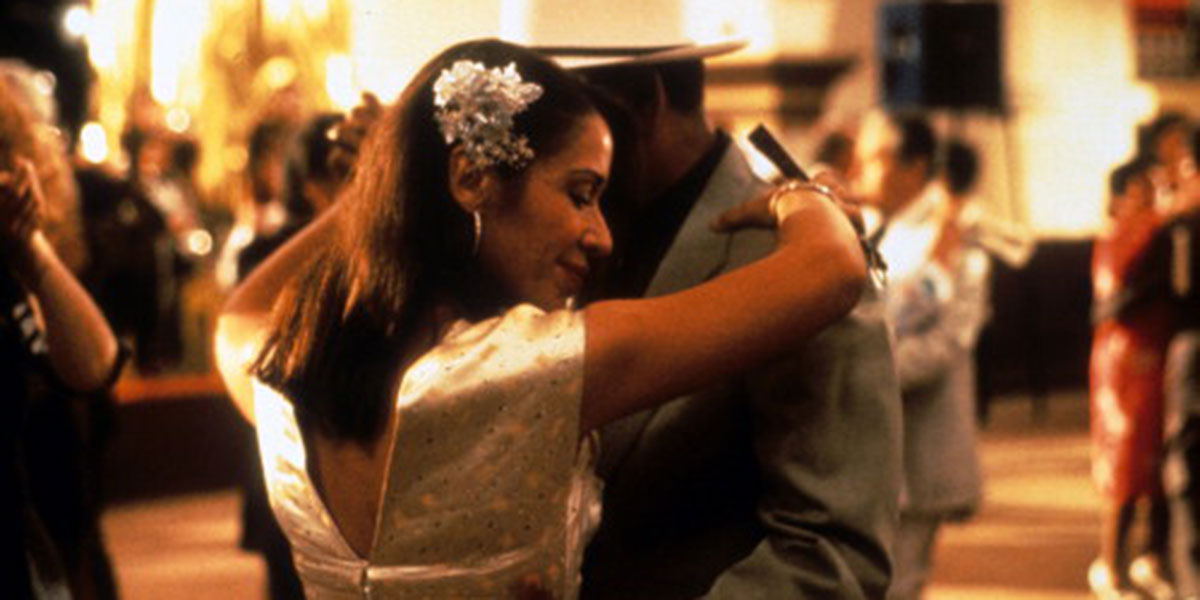 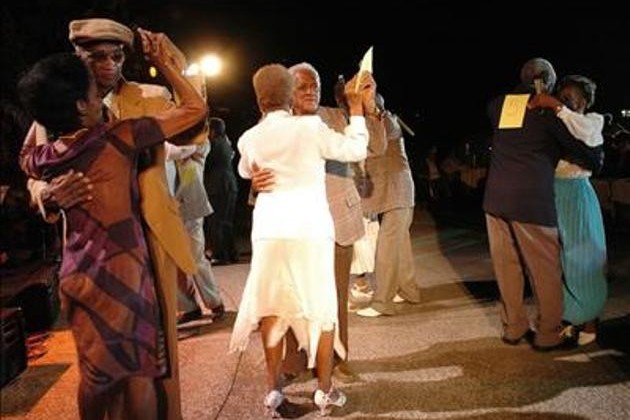 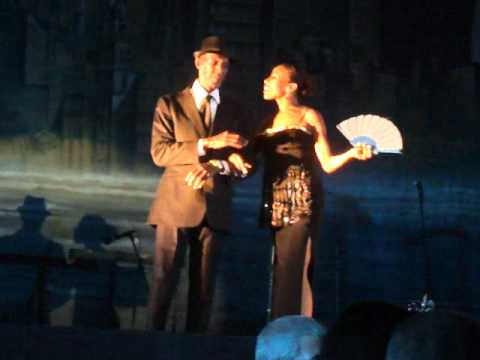 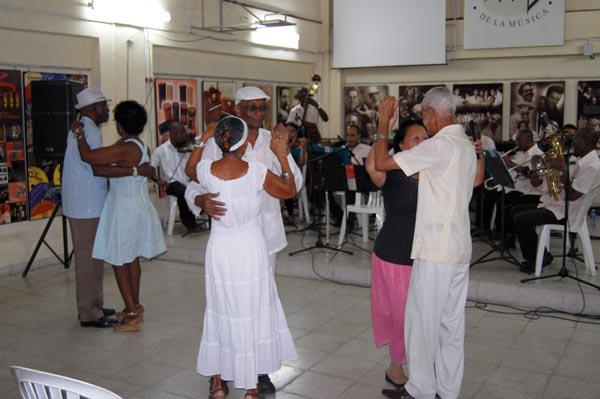 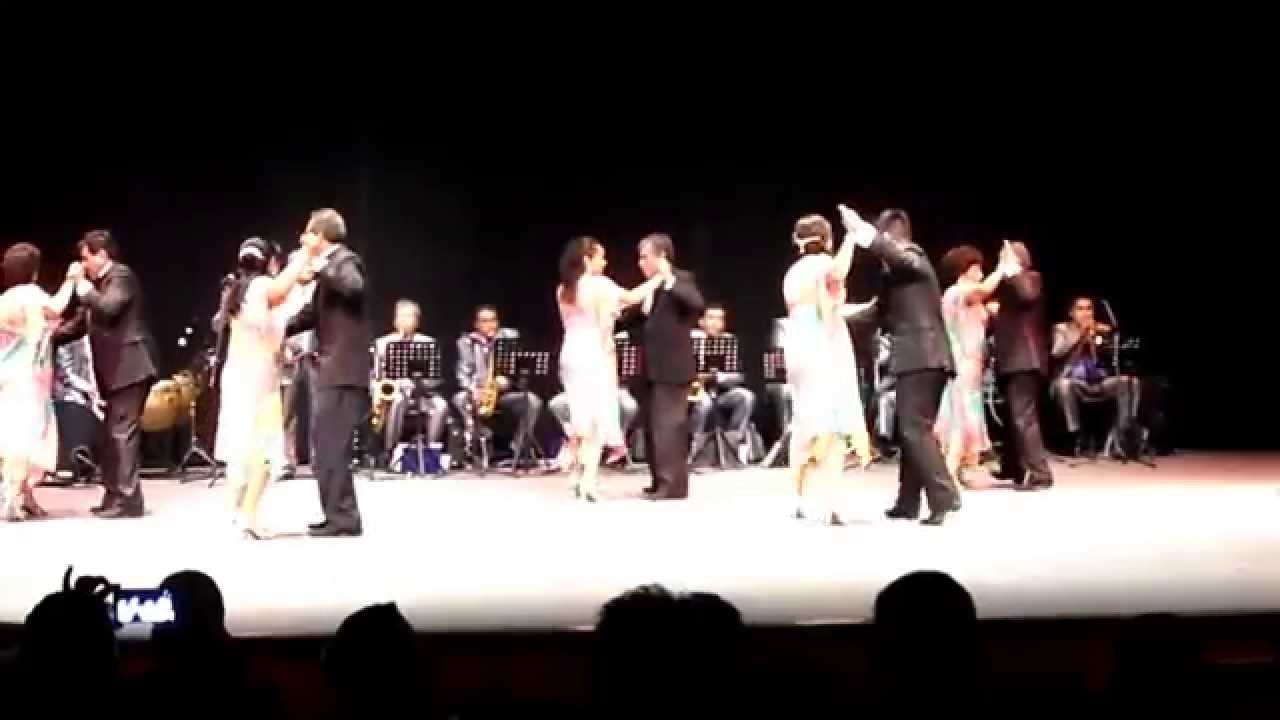 You can also search for danzón to check for alternative titles or spellings.