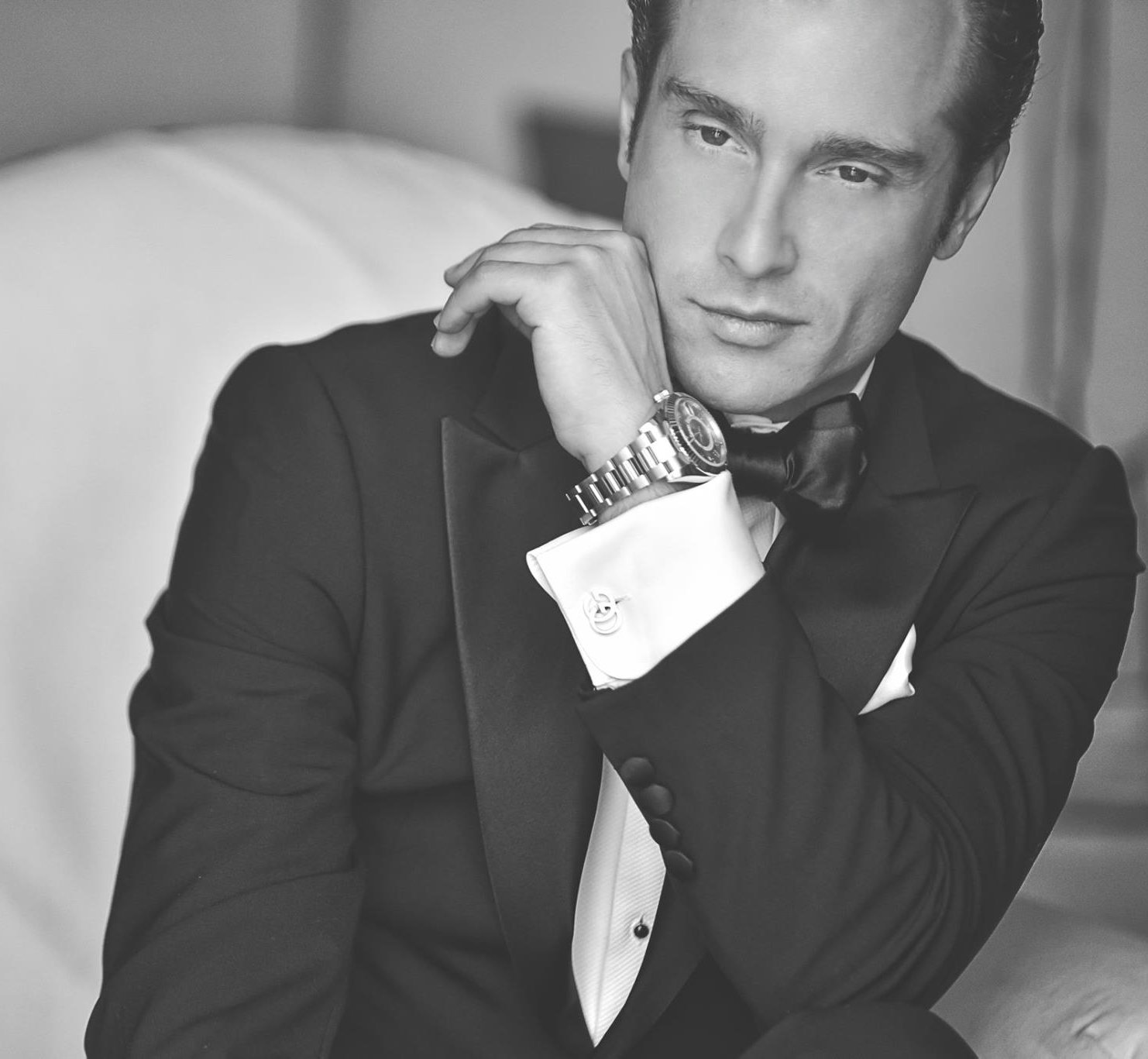 Riccardo Cocchi began his dancing career at the age of 6 at his parents’ dance studio. His first partner was Barbara Mancuso. They began to perform in the category of Juniors-1. This union has won three places in the Italian Championship in Standard. Soon, Riccardo first began studying with Sammy Stopford and Barbara McColl - they were one of the first international coaches who came to Italy. The highest award of Cocchi and Mancuso was the 6th place at the World Junior Latin Championships, which was held in Germany. Since Ricardo wants to go further and reach new heights, they soon had to part with Barbara.

In addition to ballroom dancing, at an early age the Italian was interested in football, and in sports itself. But his parents persuaded him not to go into this occupation, arguing possible injuries and subsequent body defects. So from the main interests of those years, Cocchi had ballroom dances and motorcycles.

At the age of 17, Ricardo started looking for a new partner who would continue serious training: she went to London with him, attended private dance lessons, and with whom he performed at international competitions in 10 dances. Within 3 months of searching for the perfect partner, Riccardo danced with Oksana Lebedev, who previously performed together with Franco Formica. Due to the fact that she did not have Italian citizenship, a long teamwork did not work.

By the chance, Ricardo got the phone of Sarah Mardegan. They danced for 4 years, from 1994 to 1998. Together they took lessons from the best teachers abroad and took part in European competitions. The best result was 1 place in IDSF World Latin Championships. But the further career did not work out because of the lack of a joint sense of dance, which, as Ricardo noted, is simply necessary for couples to work successfully.

Since the lessons of ballroom dancing are very costly, and to achieve the desired result in Ricardo did not work, he decided to stop. This was a difficult decision. In addition, it was necessary to determine what to do next. The parents of the dancer also suffered because of this stagnation, and the father offered his son various options for other activities. The son decided to get a higher education and entered the gymnasium in Perugia (Italy). The three-year training at this institution gave Ricardo an understanding of the importance of approaching any business, and dancing is no exception.

In his 22 years, Riccardo Cocchi went to the UK, where he again began to attract ballroom dancing. There were thoughts of returning. After some time, a friend from Naples offered to work in couple with Joanne Wilkinson. This proposal was unexpected and surprising, because Joan was already a professional with a capital letter. So there was a new Italian couple Riccardo Cocchi and Joan Wilkinson. The first good result the dancers achieved in their native Italy at the "Bassano Open" among fans of the Latin American program. Returning to his country, Cocchi continued to study with Espen Salberg, being with a new partner. It was the moment when Ricardo completely switched to Latin.

Among the famous teachers of the dance couple was Hans Galke and Shirley Ballas. Athletes actively develops and participates in all major competitions of the world. The most exciting and memorable for Ricardo was Blackpool. Starting in June 1999 with 28 seats, on May 30, 2005 the creative union reached the top of the standings. This victory gave an excellent move to the subsequent performances for Cocchi and Wilkinson in "Amateur" - they won titles in Italy, Kazakhstan, Germany, the USA, the Czech Republic, England, Australia and China. By the way, the victory in the Chinese city of Kunshan was completed by dancers in this category.

After the results shown, Ricardo turns into "Professional", staying in couple with Joan Wilkinson. The first access to the floor in the new status took place on January 19, 2006 in Bournemouth (England) on the "UK Open". The performance brought bronze. Their highest achievement was the victory at the competitions in International Style Latin, which took place in America. Despite the successful joint work, by the end of 2006 the couple decided to split because of the age of the partner. In his interviews, Ricardo remembers Joan as a beautiful person and, undoubtedly, a professional dancer, saying that without her he would hardly have reached such heights, for which he is immensely grateful.

After that Ricardo did not perform for the year. He shares that during this period he even managed to make two small shows, together with Shirley Ballas, but exclusively for pleasure, and not presentation to the public.

In 2007, in October, Riccardo Cocchi receives an offer to start a partnership with Yulia Zagoruychenko. At that time, Yulia was considered one of the best dancers in the Latin American program. One of the creators of this couple was Shirley Ballas, with whom the dancers later continued their studies. As well as with Espen Salberg. Riccardo Cocchi appreciates him very much, and even calls him "strict father" in his interviews, who wants only the best. The dancer believes that he helped to achieve success and become the only World Champion from Italy. Therefore, moving to the US, there was a good moral support.

Almost immediately it was possible to see the result of the partnership with Yulia - it was the debut 3 place in "The International Championship" in England. In addition, since 2008 they are starting to participate in "The World Super Stars Dance Festival". In May of this year in Blackpool Dance Festival, Riccardo Cocchi and Yulia Zagoruychenko are on the 2nd line, and in 2009 they become World Champions for the Latin American program in category Professional. This achievement of the couple does not give the competitors a few years, leaving it in their hands for several years.

Another important event for the dancer was Blackpool 2014, where the couple won Samba and Jive at the Blackpool and in 2016-2017 have won Blackpool Dance Festival.

In summer 2017 Riccardo and Yulia got married.

Riccardo and Yulia won their ninth world title at Blackpool United Kingdom at the famous Winter Garden Pavilion on November 18, 2018. They won their final World Championship and 10th World title in Miami, USA on October 26th, 2019. It was their last competition.

After their competitive career Ricardo and Yulia created "The KOROS App" the World’s first live and interactive instructional dance app. Also they are organizers of The Eastern United States DanceSport Championships is hosted annually in Boston. 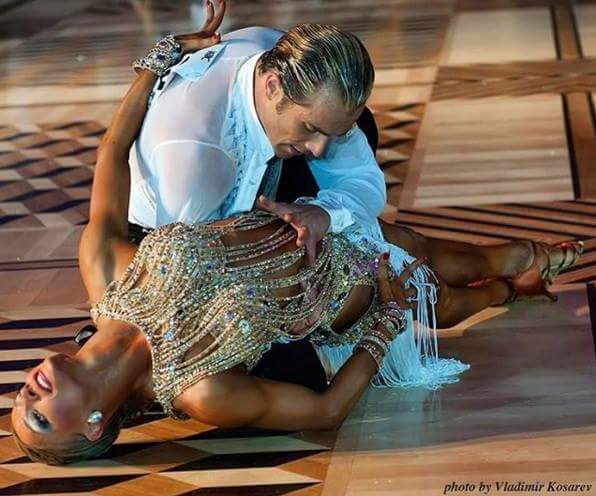 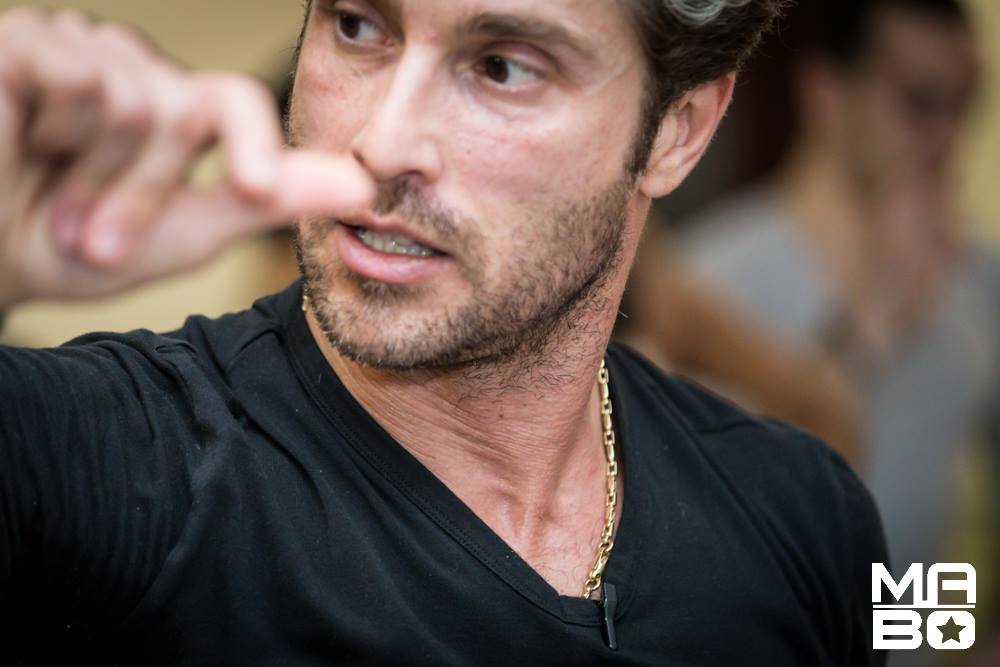 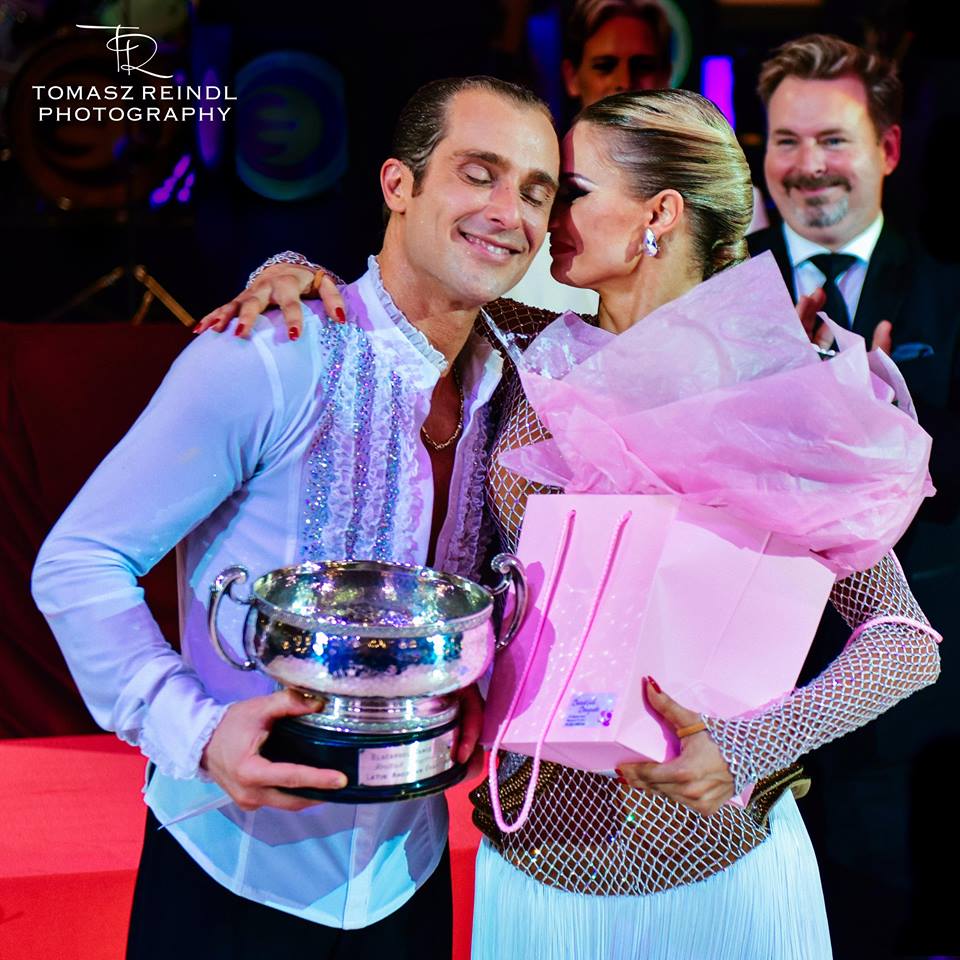 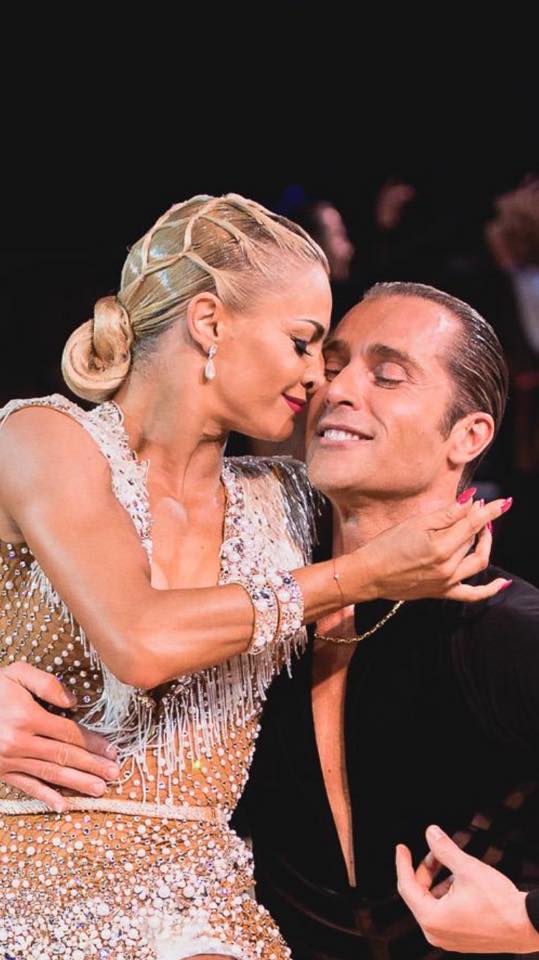 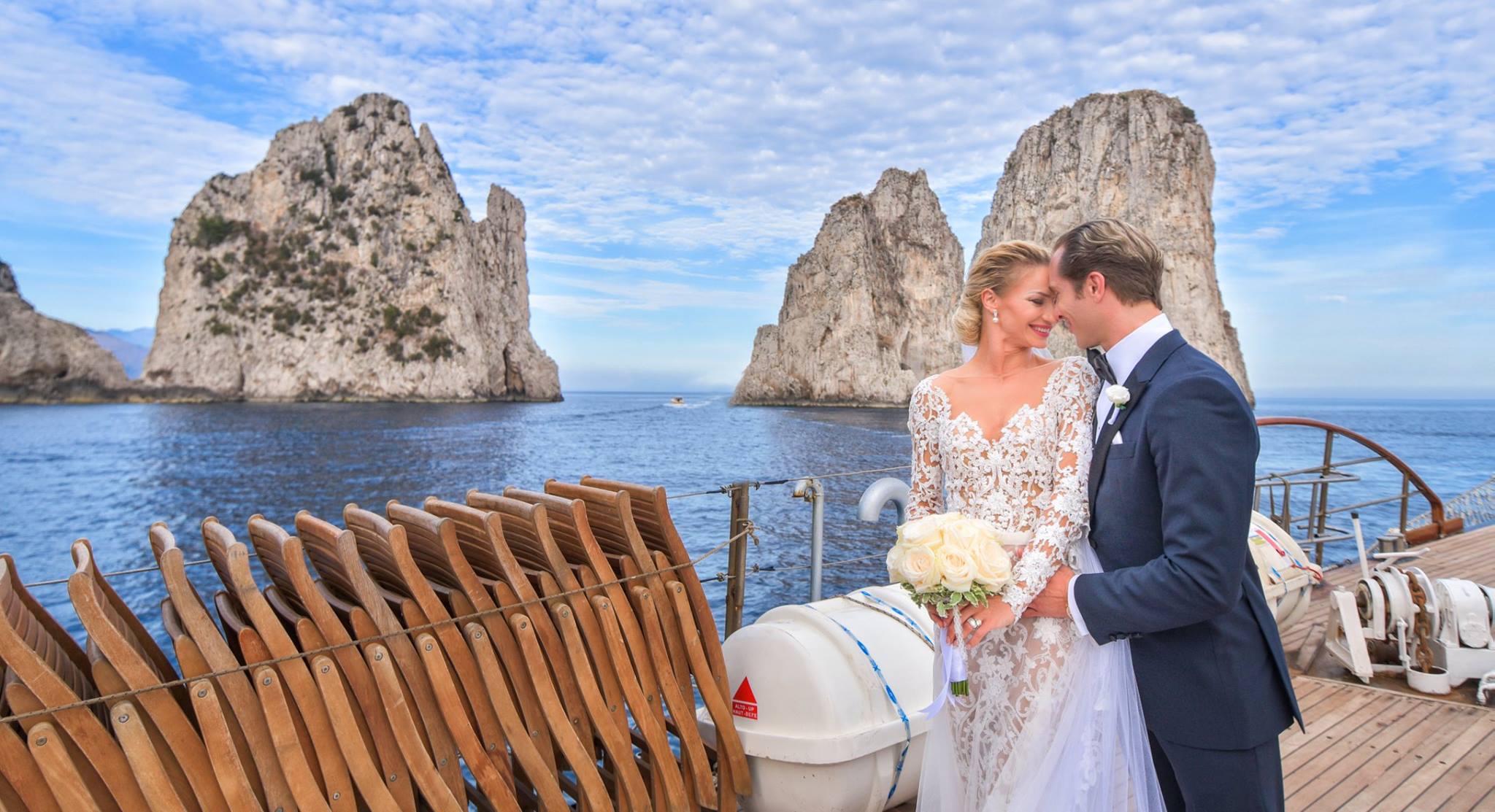 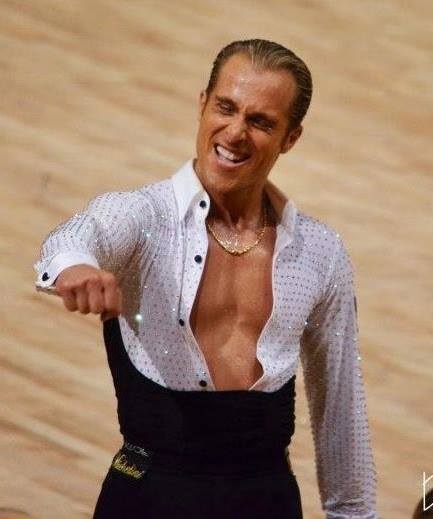 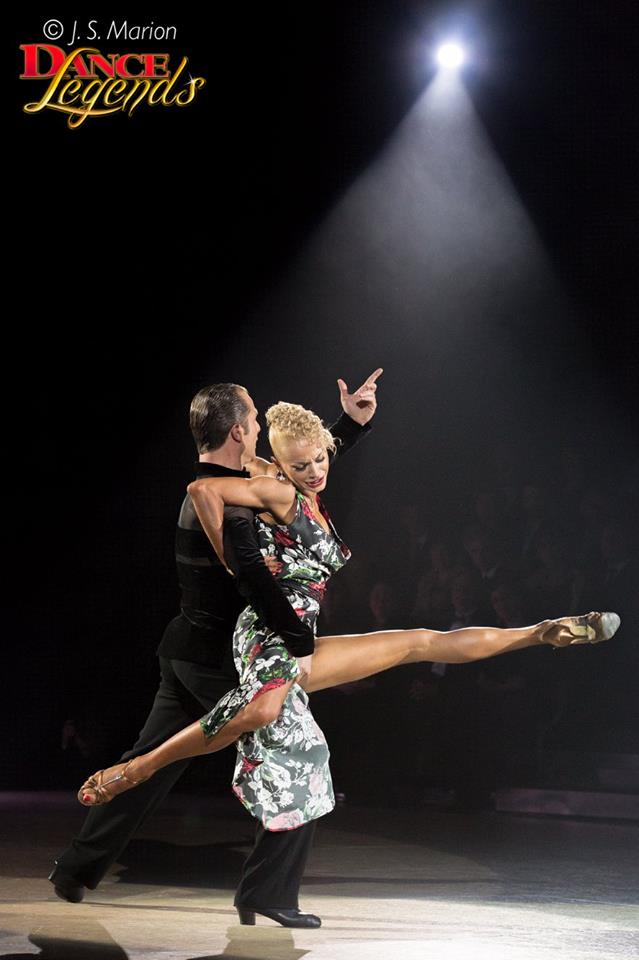 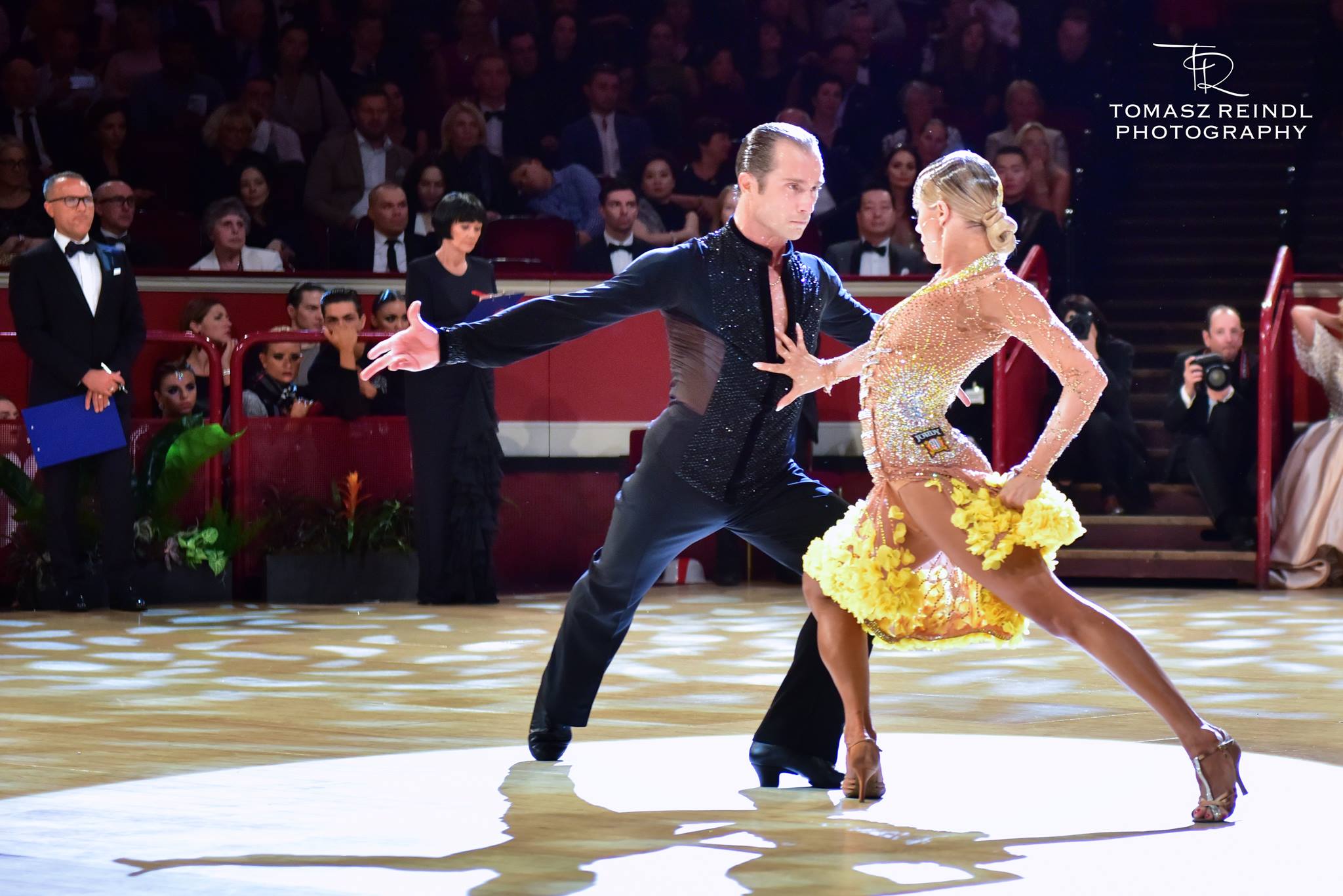 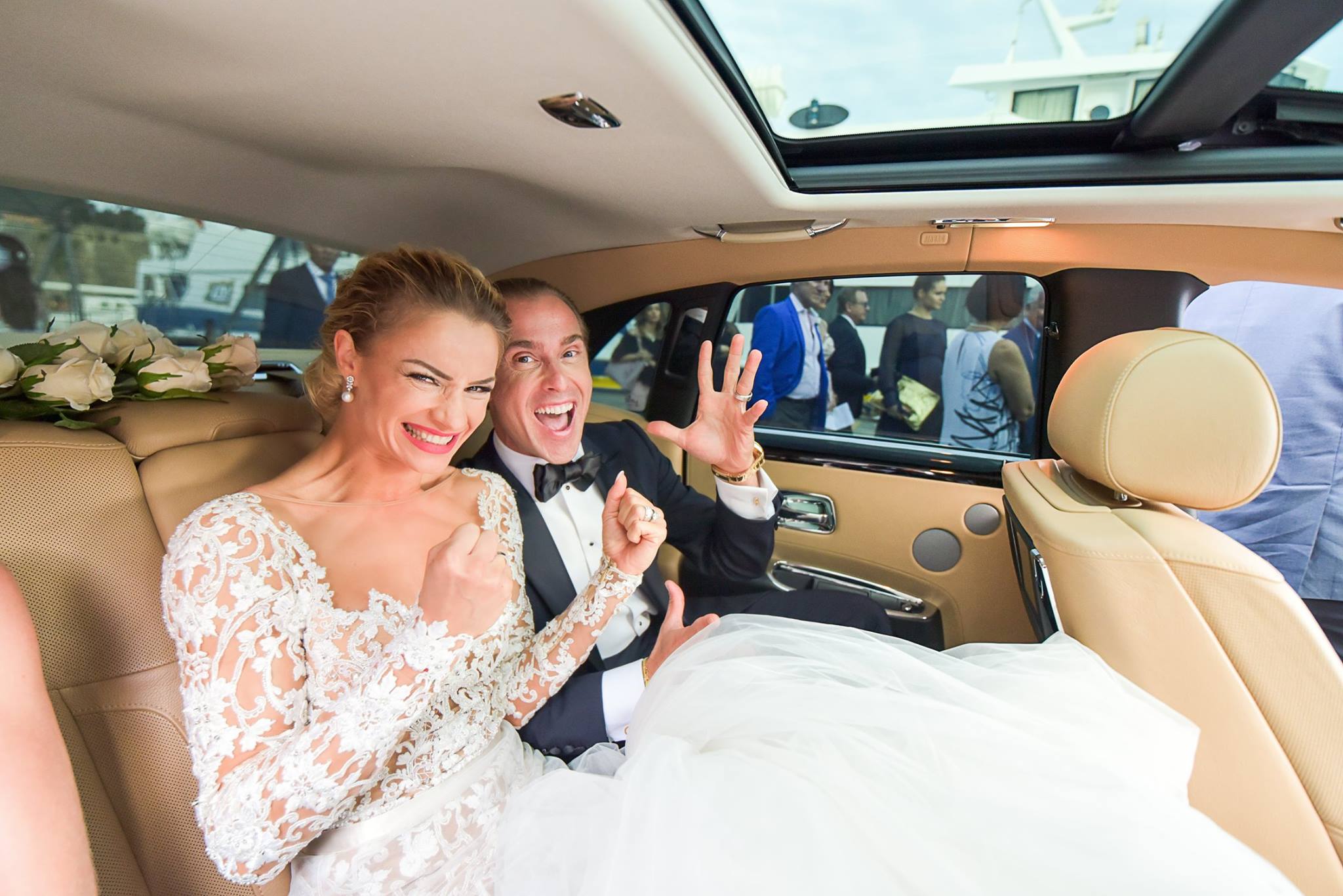 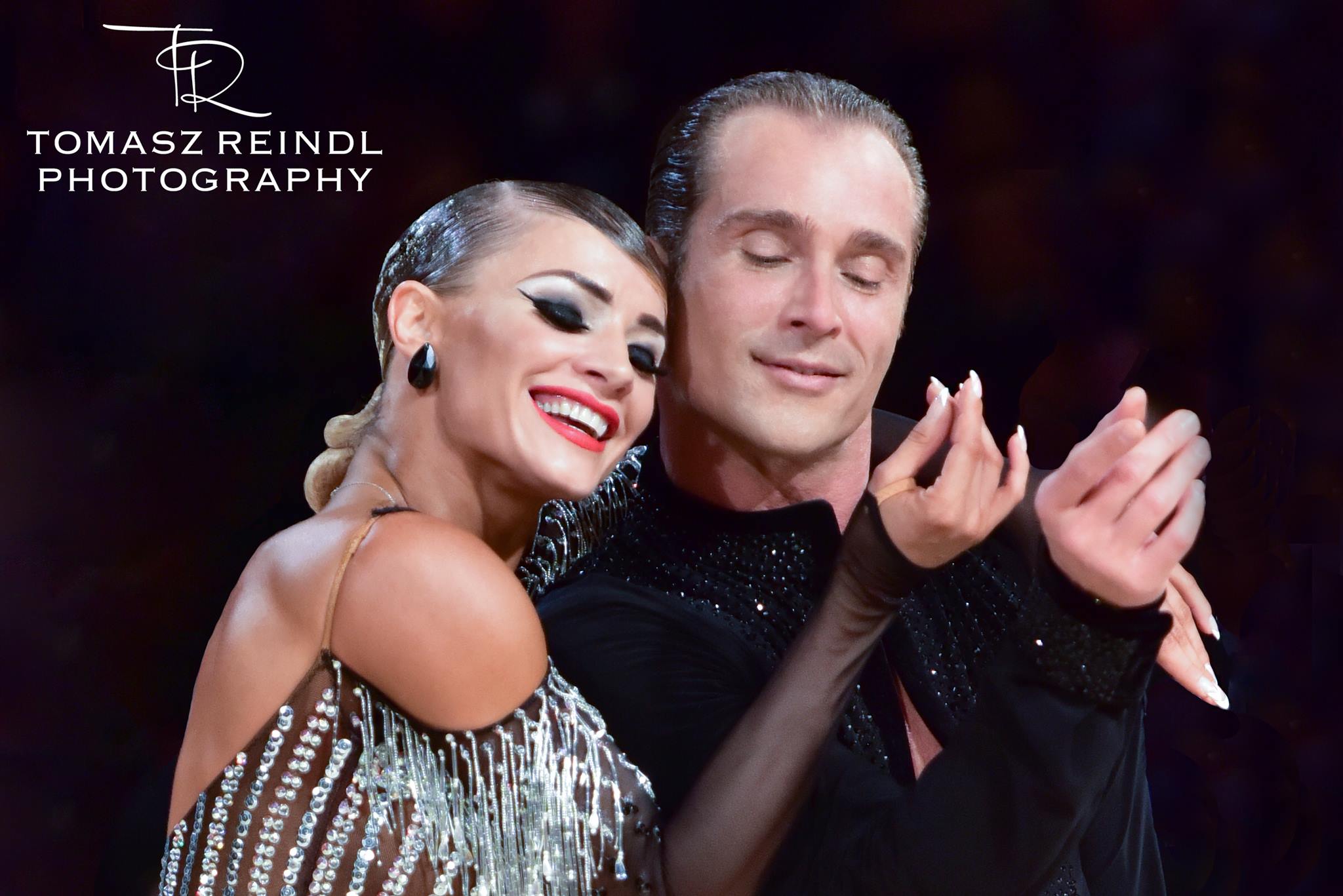 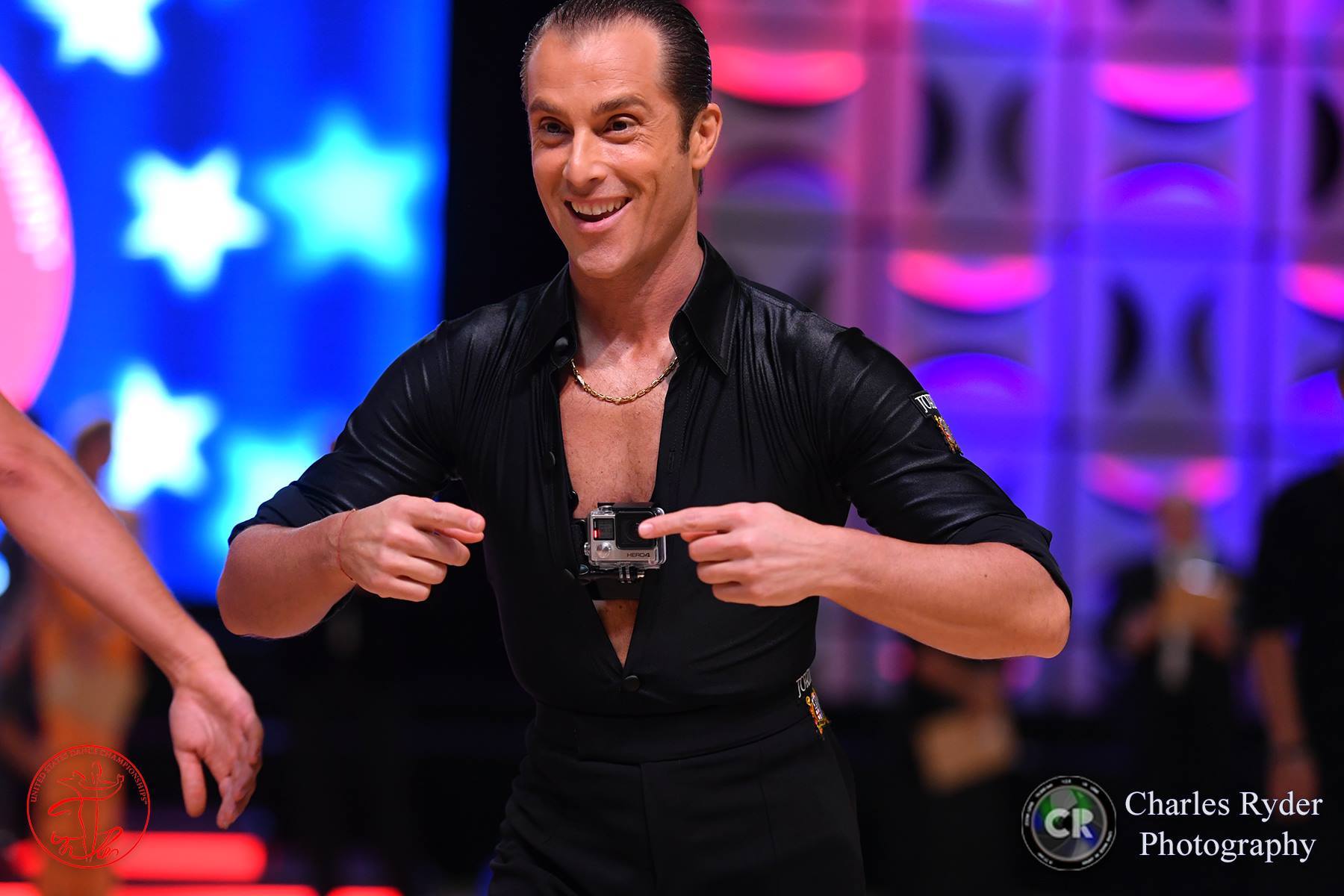 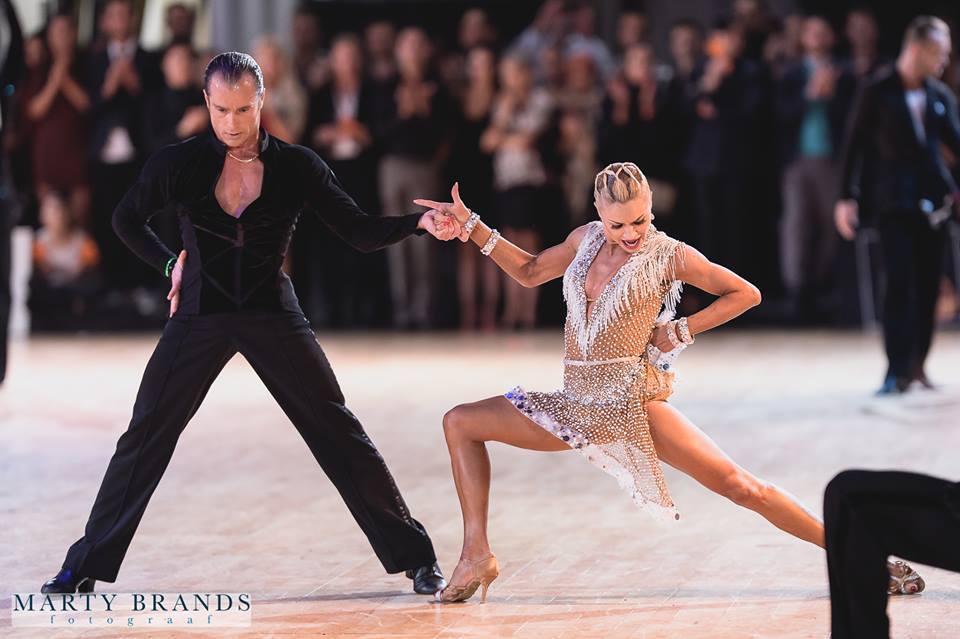 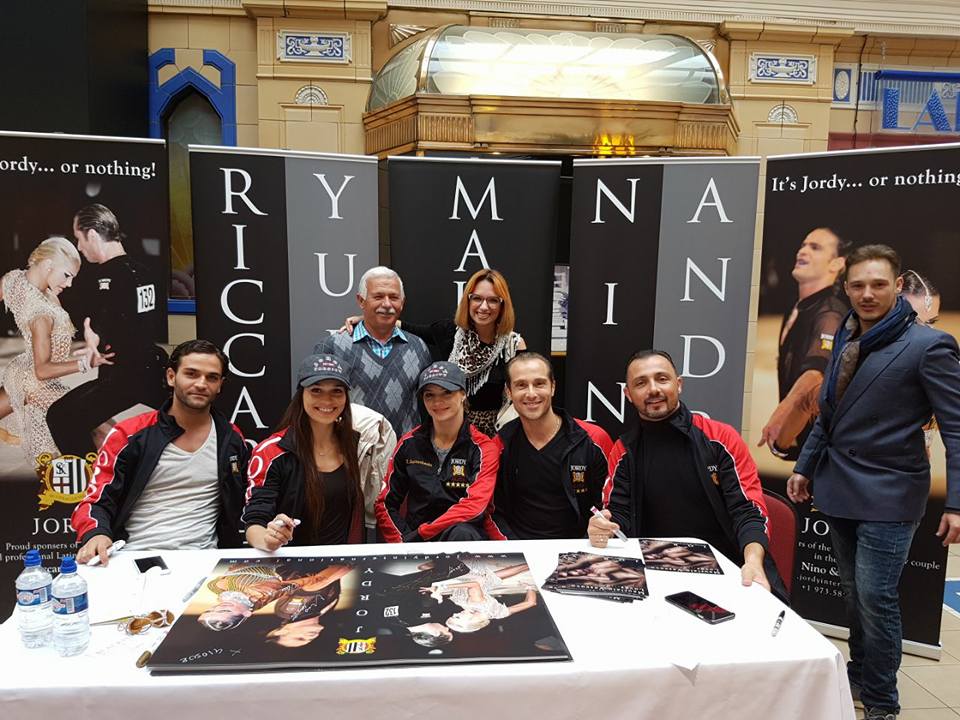 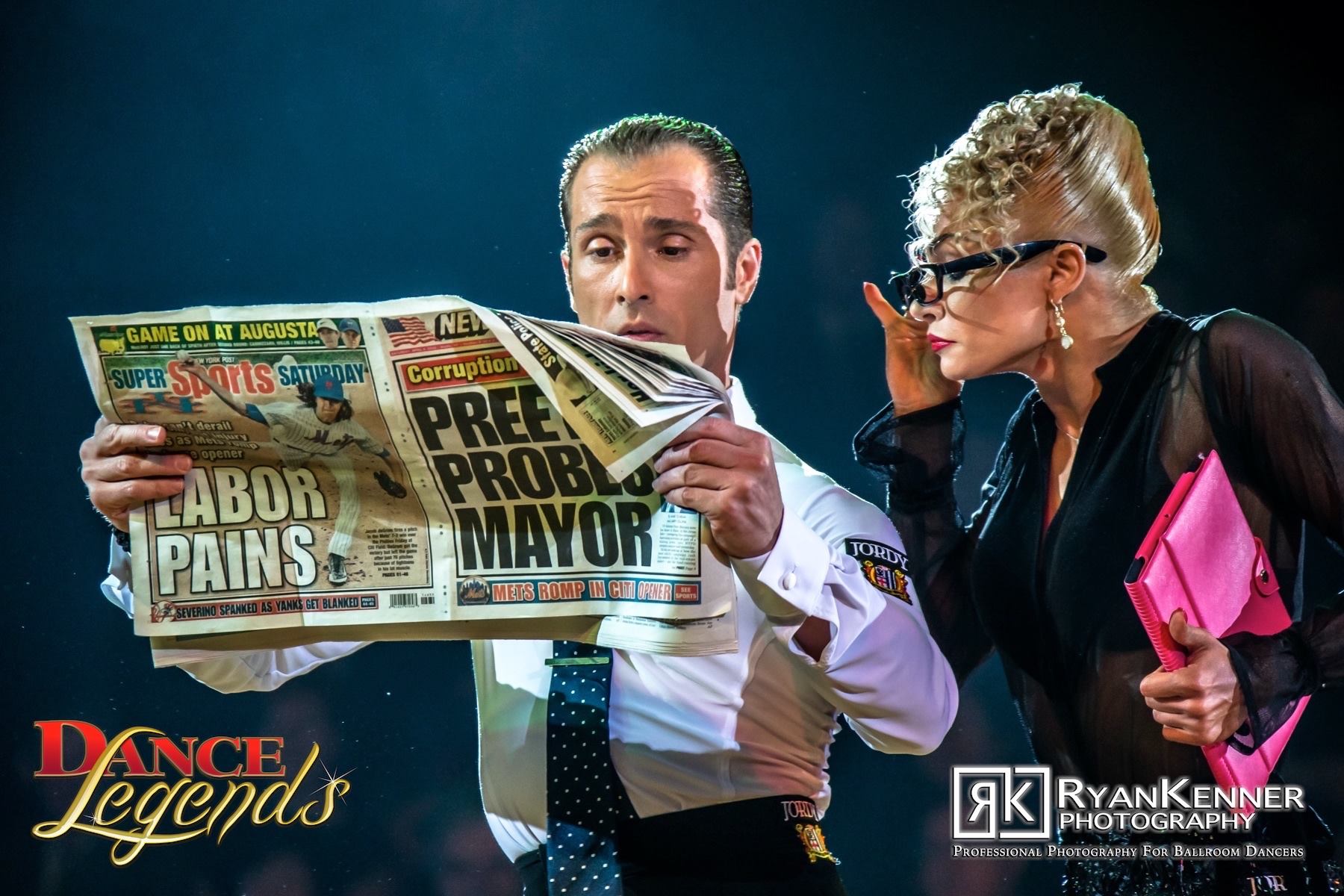 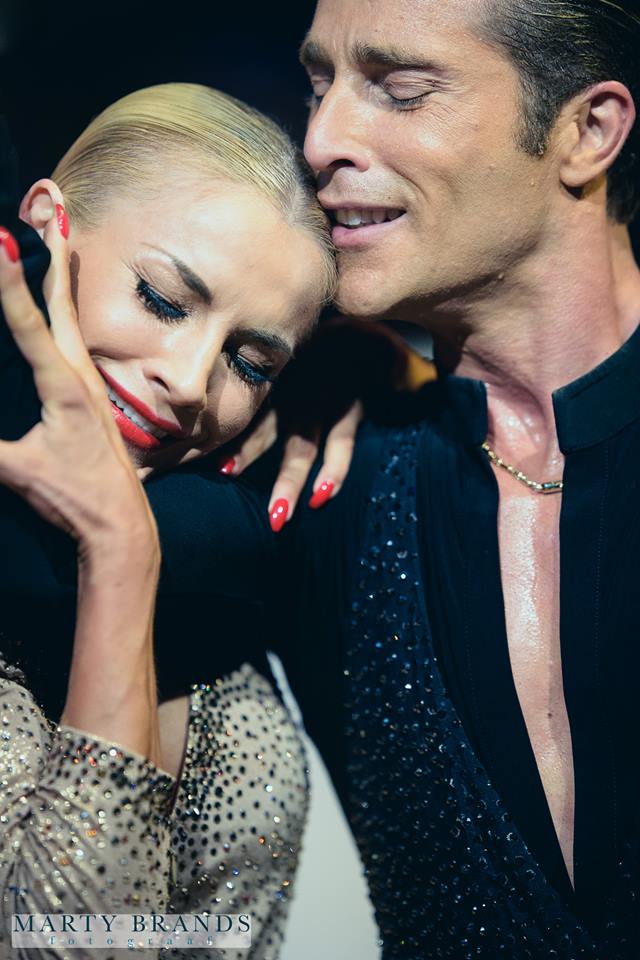 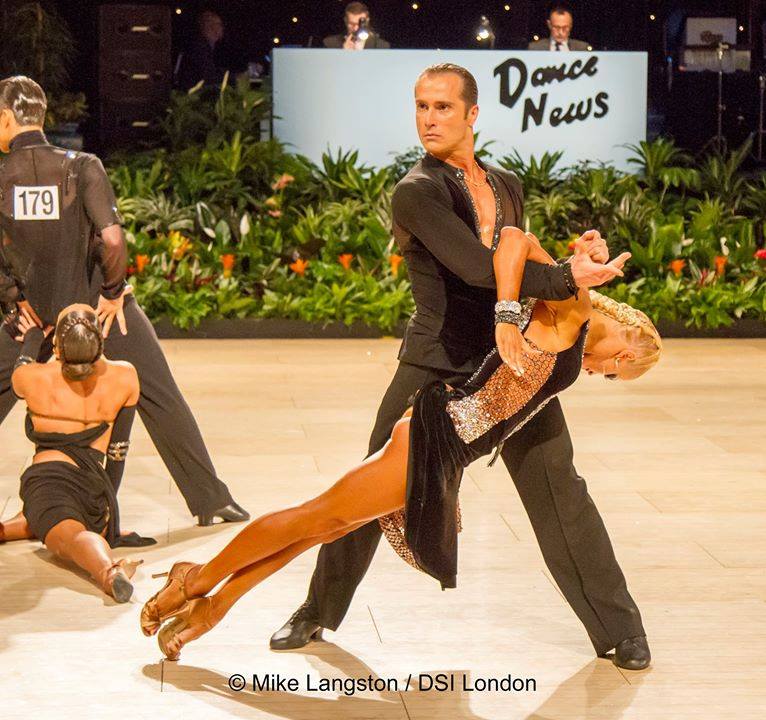 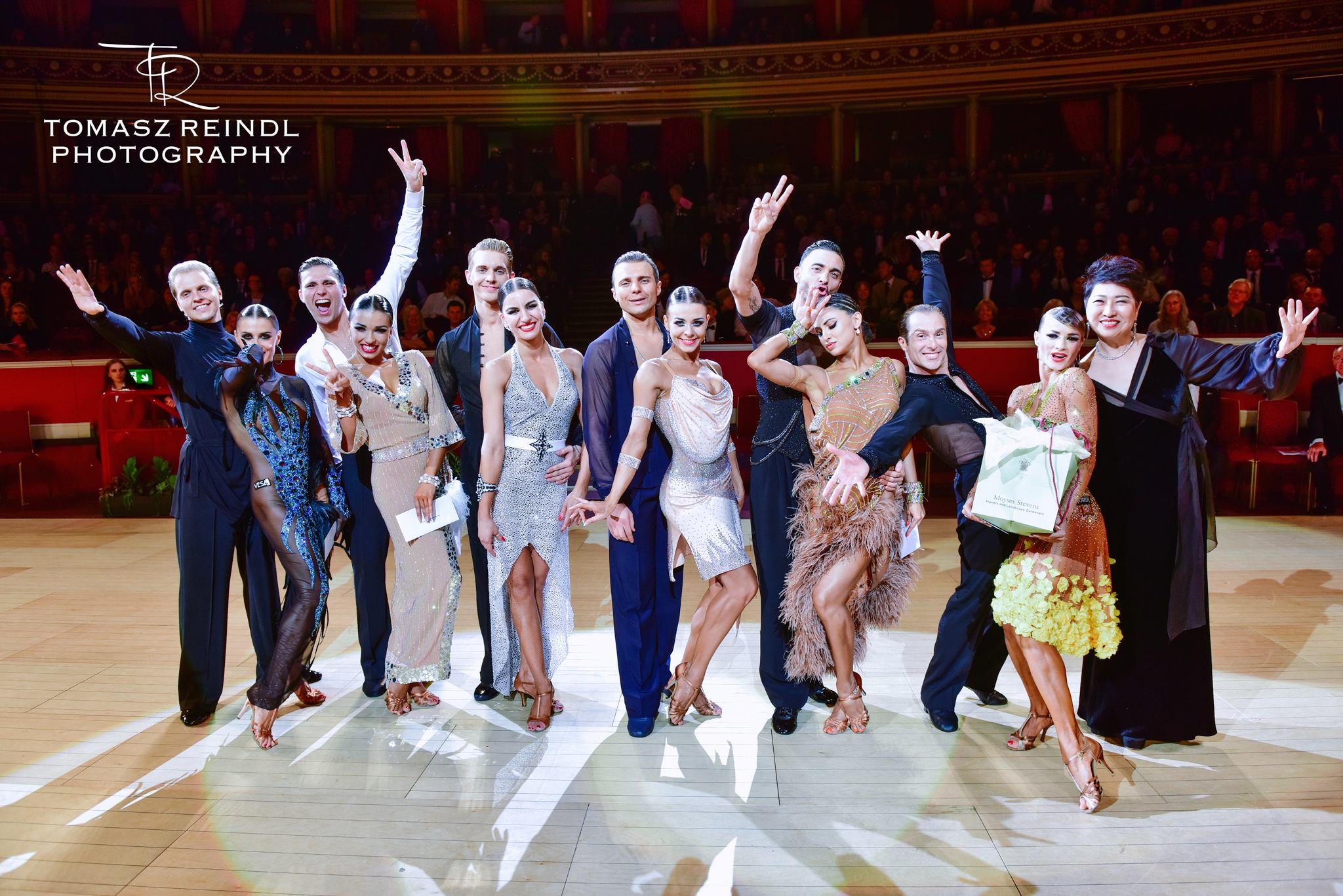 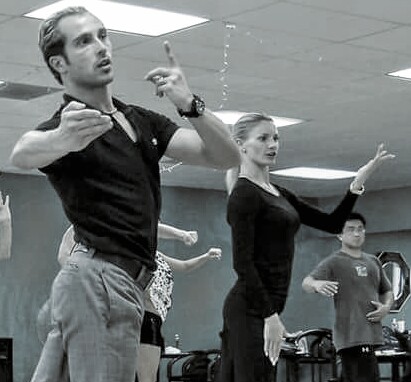 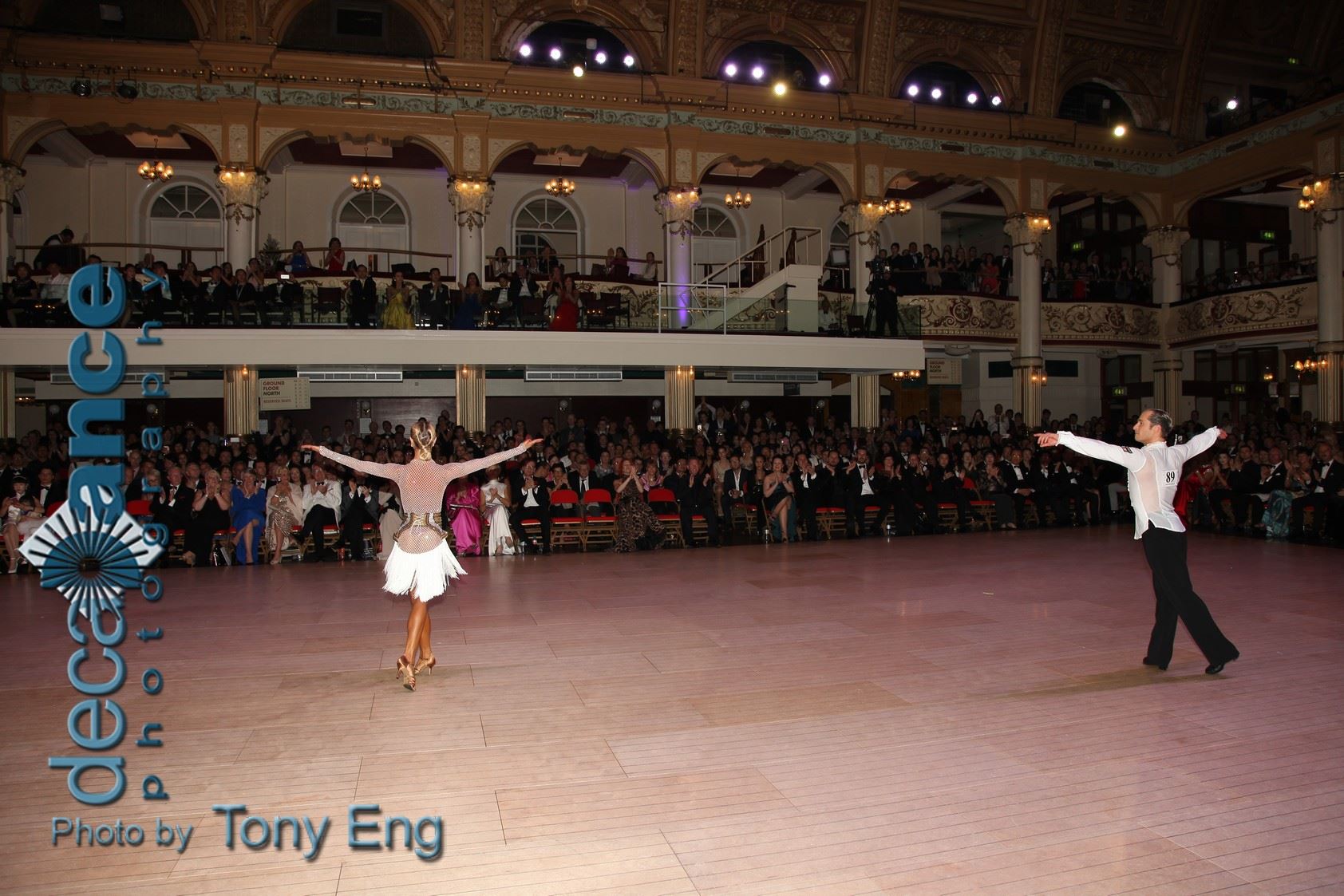 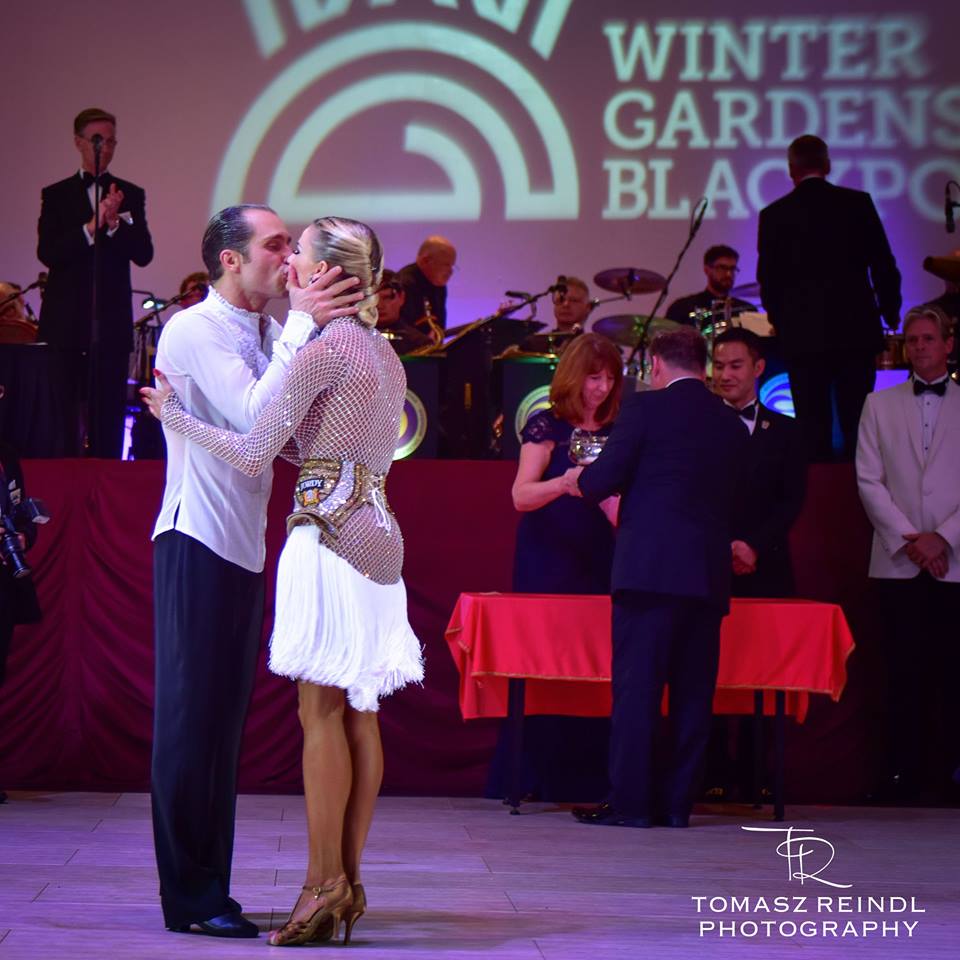 You can also search for Riccardo Cocchi to check for alternative titles or spellings.