The 8-day Blackpool Dance Festival, also known as the British Open Championships, is the world's first and most famous annual Ballroom Dance competition of international significance, held in the Empress Ballroom at the Winter Gardens of Blackpool, England since 1920. It is also the largest ever Ballroom competition: in 2013, 2953 couples from 60 countries took part in the festival.
Contents [hide]

As of the early 21st century, the Blackpool Dance Festival is held annually in May. It covers Ballroom and Latin American dancing, and incorporates the British Open Championships in categories of Adult Amateur and Professional couples and Formation Teams. In 2005, two new categories were introduced: the British Rising Star Amateur Ballroom and Latin competitions. Two invitational events, the Professional Team Match and the Exhibition Competition, create much interest as well.

The annual World Professional DanceSport Championship is often held in Blackpool as well (5 times between 1989 and 2012), but is not connected with the Blackpool Dance Festival.

The Blackpool Dance Festival is quite a special event for Amateur and Professional Ballroom dancers. First of all, it is a large-scale championship, which takes place in all kinds of divisions of Ballroom Dance in all age categories. Aside from this, there is the Blackpool Dance Congress, which includes lectures, conferences, workshops, meetings and specialized exhibitions.

For Ballroom dancers, winning first place at the festival in Blackpool is comparable with the weight of winning the World Championship.

It is thought that the idea of the Blackpool Dance Festival came from either Mr. Harry Wood, the musical director of the Winter Gardens, or Mr. Nelson Sharples of Mssrs. Sharples & Son Ltd., the music publishers of Blackpool who published all the sheet music for the Novelty Dances invented by the M.C.'s in the Empress and Tower Ballrooms. In those days the dances in the Ballrooms consisted mainly of Sequence Waltzes, the Lancers, Two Steps and many Novelty Dances.

The first Blackpool Dance Festival was held during Easter week in the year of 1920 in the magnificent Empress Ballroom in the Winter Gardens of Blackpool, England. Modern Ballroom and Latin American dances had not yet evolved and so the Festival was devoted to three competitions in order to find three new Sequence Dances in three various tempos - the Waltz, Two Step and Foxtrot. There was one competition each day and on the fourth night, one dance was chosen as the winner, its inventor being presented with the Sharples Challenge Shield.

The first Chairman of Adjudicators was Mr. James Finnigan, later to become the co-founder and first President of the United Kingdom Alliance of Professional Teachers of Dancing.

Following a change in management at the Winter Gardens, it was announced that there would be no Festival in 1927. 'The Dancing Times' stepped into the breach, however, and held the Stage Dancing section as usual, but only included a North of England Amateur Foxtrot Competition.

Mr. P.J.S Richardson became Chairman of Adjudicators and continued in that role until his retirement in 1960. He also became the first Chairman of the Official Board of Ballroom Dancing formed in 1930.

During this time, dancing began to change and people became interested in the developing 'English Style' of dancing (Standard). The Blackpool Dance Festival finally relinquished its Northern image in 1931 with the inauguration of the British Professional and Amateur Ballroom Championships. For the Amateur event, there were 250 preliminary heats held throughout the country with about 40 District Finals. The winners of these then had the right to dance at Blackpool in the Grand Final.

In 1937, the Skating System for competitors' marks was introduced at Blackpool and is still used today at Blackpool, as well as at Ballroom Dancing Competitions all round the world.

After war broke out in 1939, there was a very limited and restricted Festival in 1940 but then everything closed down for five years, re-opening again in 1946 when Stage Dancing events were dropped entirely. However, a new event, the British Amateur Old Time Sequence Championship was included for the first time, which was extremely popular.

The same year Mr. Bunny Hayward died. He had been the resident M.C. in the Empress Ballroom and Compere of the Festival since 1929. He was also the Co-Principal with Mrs. Ida Ilett of the Blackpool School of Dancing. This meant that Mr. P.J.S Richardson became the Compere as well as the Chairman of Adjudicators for the Festival. Mr. W.H.H. Smith became the Festival Secretary and in 1954, Mrs. Ilett was made the first official Dance Festival Organizer.

Because of the popularity of the Sequence competitions, the Winter Gardens Company decided to hold an Old Time Ball in October 1950 and this was considered to be the first Blackpool Sequence Dance Festival.

As far back as the 1930's, there were strong ties with Denmark through inter-school activities with the Blackpool School of Dancing, but it was in the 1950's that the influx of foreign competitors started. There was a special box reserved for the foreign visitors on the south balcony in the Ballroom. Patrons sat in this box until 1980, when there were so many foreign competitors and spectators that the box had to be discontinued as completely impractical. In the last few years, there have been fifty countries represented at the Festival with large numbers from Japan, Germany, Italy and the USA.

The major change, however, was the introduction of Latin American Dancing, which made a great impact on the dancing world. In 1961, a British Amateur Latin American Tournament was held, followed by a Professional event in 1962. These two events were upgraded to Championship status in 1964.

As more and more foreign competitors came to Blackpool, it was decided to organize a small Festival for British competitors only and, in November 1975, the first British Closed Dance Festival was held in the Empress Ballroom. The name has now been changed to the British National Championships.

Tragically, Mrs. Ilett died in August of 1978. She had developed the Festival into the most famous event in the World. Her husband, Mr. Bill Francis, took over the organization of the Festival but, with failing health, retired in November of 1980. He was succeeded by Mrs. Gillian MacKenzie, who retired after the 2004 Blackpool Dance Festival.

The Festival organization has now been taken over by Mrs. Sandra Wilson.

The event which has the greatest crowd appeal is most likely the annual Professional Invitational Team Match, which started in the year 1968 and continues to this day. It started with two teams, Germany and Great Britain, dancing ten dances, but for many years, four teams have been invited. Teams from Germany, Japan, Italy, USA, Australia, Russia and Scandinavia have danced in this Team Match. Neutral judges are always invited to adjudicate this event.

The Blackpool Dance Festival was depicted in the 1996 award-winning Japanese film, "Shall We Dance?", directed by Masayuki Suo and again, in the 2004 U.S. remake "Shall We Dance?". Mai, played by Tamiyo Kusakari in the original film, and Paulina, played by Jennifer Lopez in the 2004 film, competed in the Blackpool Dance Championships when, together with their partners, both suffered a fall during the semi-finals, causing them to be disqualified.

See the full list of all Professional, Amateur and Under 21 Blackpool Dance Festival Champions here. 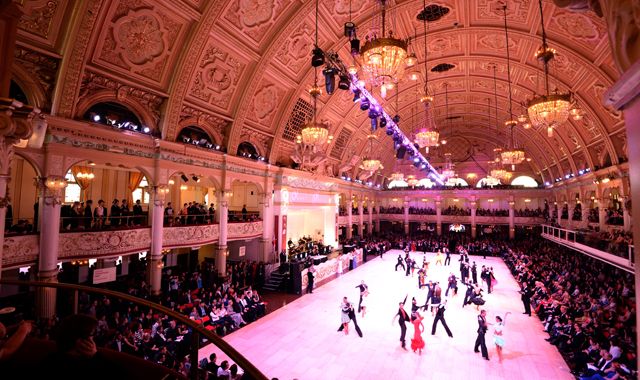 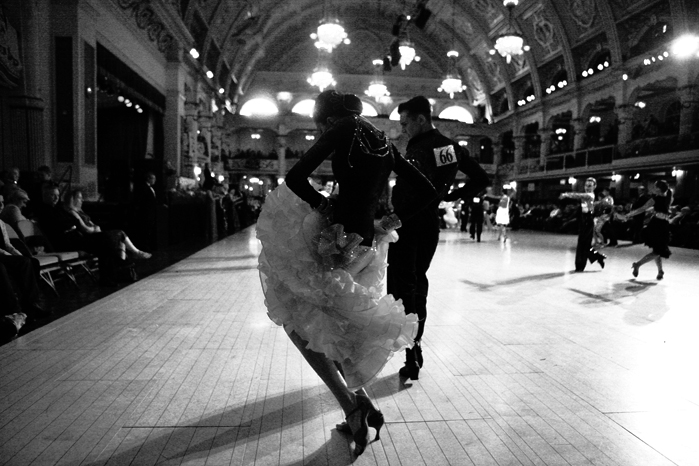 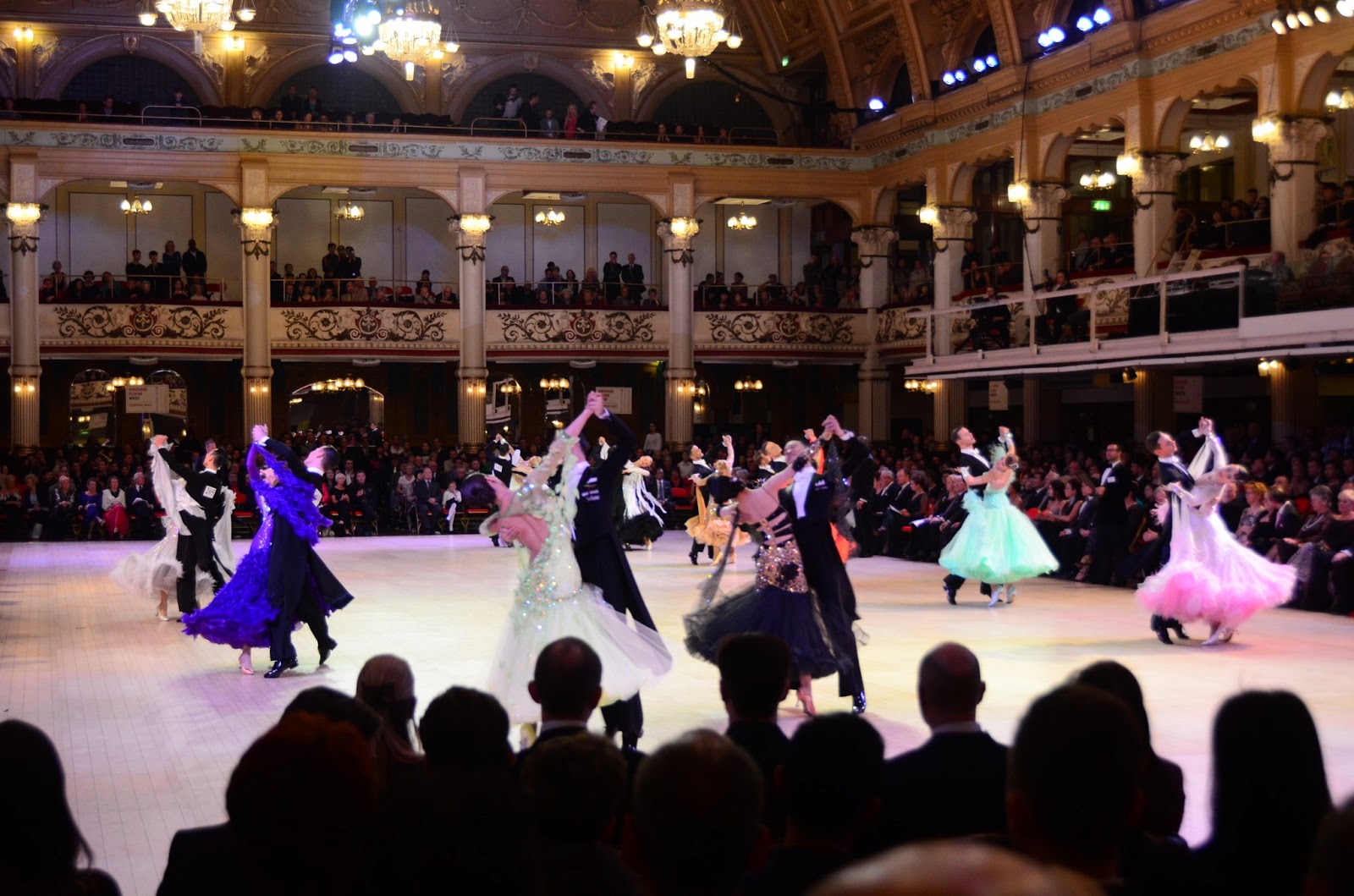 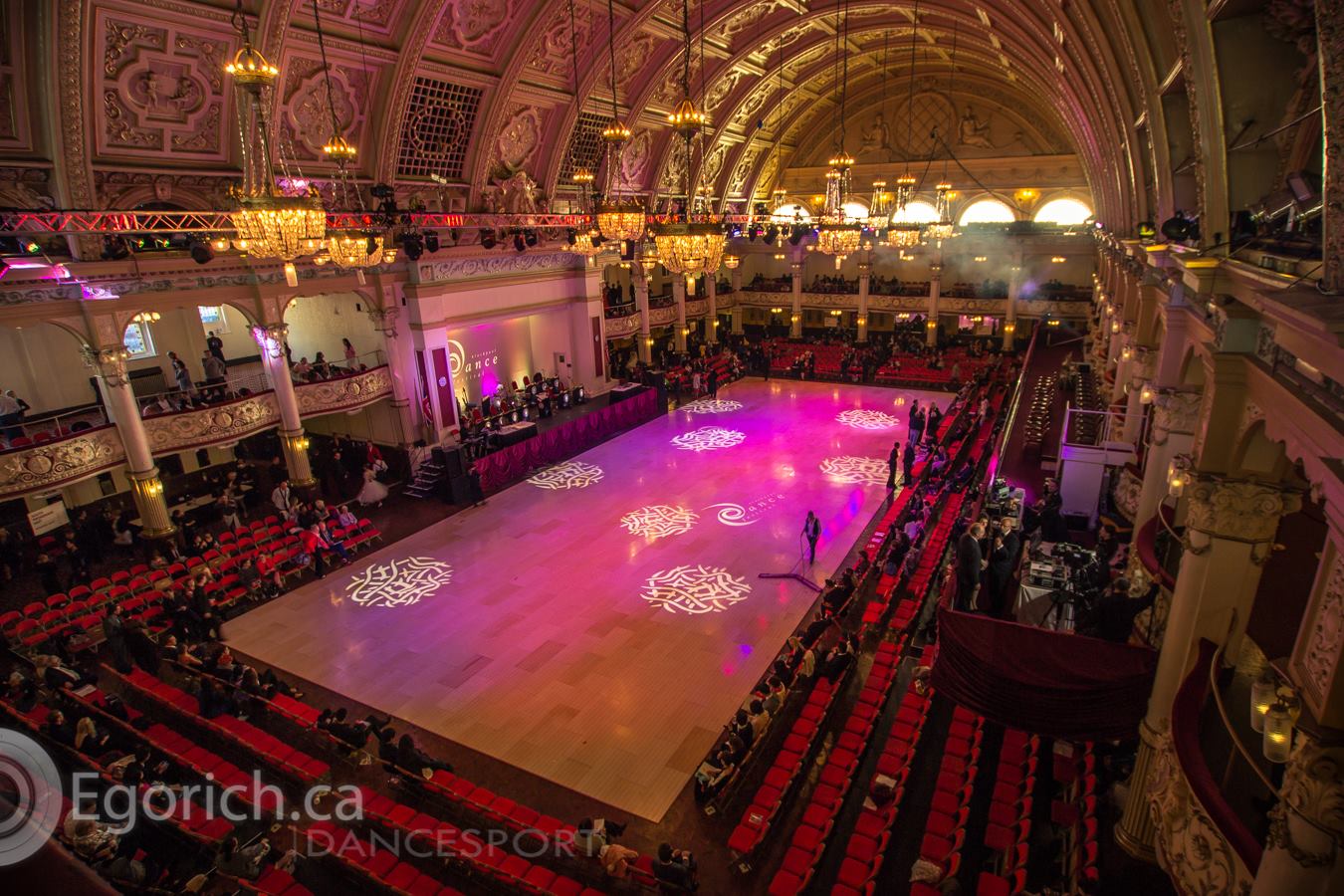 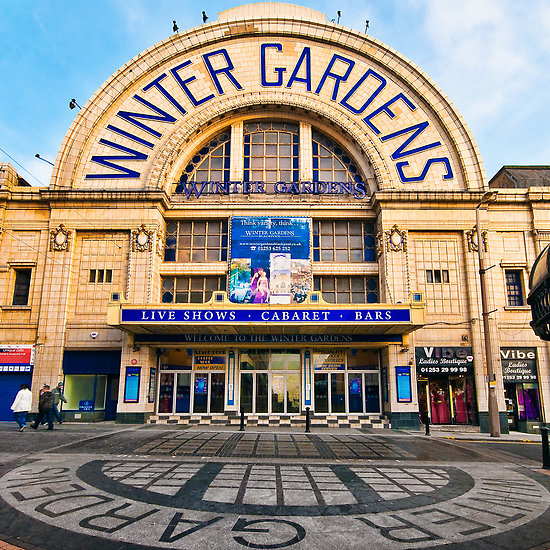 You can also search for Blackpool Dance Festival to check for alternative titles or spellings.