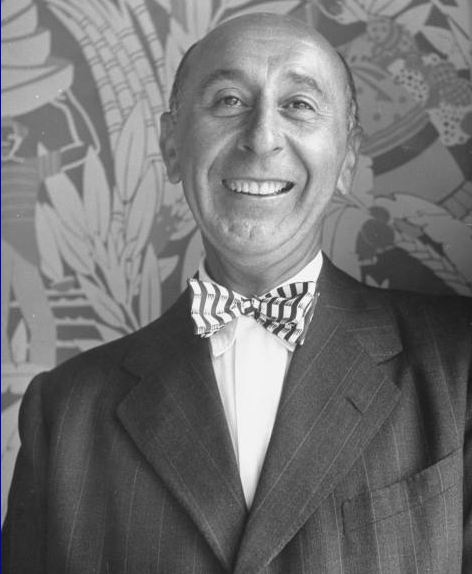 Early Life and Start in Dance

Arthur Murray was born in Galicia, Austria-Hungary in 1895 as Moses Teichman into a Jewish family. In August of 1897, he was brought to America by his mother Sarah on the S.S. Friesland and landed at Ellis Island. They settled in Ludlow Street in the Lower East Side of Manhattan with Moses's father, Abraham Teichmann.

Murray was shy as a child and self-conscious about his tall, lanky appearance. He wanted very much to be a part of the social activities that most of his friends enjoyed, particularly the dances, but was afraid to socialize with girls. At the age of 14, Joe Feigenbaum, a friend of Murray's whom he admired because of his popularity with girls, taught him his first dance steps. To get practice on the dance floor, Murray attended weddings in his neighborhood, where he found willing dance partners of every size and age.

In 1912, at the age of 17, he began teaching Social Dancing at night at the Grand Palace in NYC while working as a draftsman by day. He studied under the popular dance team of Irene and Vernon Castle and went to work for them. Here he learned to dance the Castle Walk and the Tango.

The Baroness De Kuttleston, whom Mr. Murray had met at Castle House, asked if he would be her teaching partner.

Murray won his first dance contest at the Grand Central Palace, a public dance hall where he later became a part-time dance teacher after graduating from high school. The first prize had been a silver cup, but Murray went home with nothing to show for his win. His partner of the evening took it; it was destined for a pawnshop. This loss made an impression on Murray, and in later years, every winner in his dance contests took home a prize.

Between jobs as a dance instructor, Murray worked as a draftsman at the Brooklyn Navy Yard and as a reporter at the New Haven Register.

He soon began teaching Ballroom Dancing to patients from the greater Boston, Massachusetts area, at the Devereux Mansion Physical Therapy Clinic in Marblehead, Massachusetts, before moving to Asheville, North Carolina. At the outbreak of World War I, under the pressure of the anti-German sentiment prevalent in the U.S., Teichmann changed to a less German-sounding name, Arthur Murray.

In 1919, Murray began studying commerce at the Georgia School of Technology and taught Ballroom Dancing in Atlanta at the Georgian Terrace Hotel. He also taught in his spare time. He soon had over a thousand children of different age groups enrolled in his classes. The Murray dance classes soon attracted many adults.

In 1920, he organized the world's first "radio dance"; a band on the Georgia Tech campus played "Ramblin' Wreck from Georgia Tech" and other songs which were broadcast to a group of about 150 dancers (mostly Tech students) situated atop the roof of the Capital City Club in downtown Atlanta. This was the world's first radio broadcast of live dance music.

Murray was inspired by a casual remark made by William Jennings Bryan one evening at the hotel: "... You know, I have a fine idea on how you can collect your money. Just teach 'em with the left foot and don't tell 'em what to do with the right foot until they pay up!" Murray thought about Bryan's remark, and devised the idea of teaching dance steps with footprint diagrams supplied by mail. Within a couple of years, over 500,000 dance courses had been sold.

Marriage, Family, and a Career

On April 24, 1925, Murray married his famous dance partner, Kathryn Kohnfelder whom he had met at a radio station in New Jersey. She had been in the audience while he was broadcasting a dance lesson.

After their marriage, the mail-order business declined and the Murrays opened a dance school offering personal instruction. Their business prospered, especially in 1938 and 1939 when Arthur picked 2 little-known dances, the "Lambeth Walk" and "The Big Apple", and turned them into dance crazes. They were taught at hotel chains throughout the country, and the name Arthur Murray became a household word. It was the "Big Apple" that turned Mr. Murray’s one studio into the largest chain of dance studios in the world today.

The Beginning of the Arthur Murray Studios

Murray's first business was selling dance lessons by mail, using a kinetoscope. Though the idea was successful, he had problems with the business, which later failed. His second business was drawing and selling "footprints" which prospective dancers placed on the floor and followed to learn dancing. This mail-order business remained successful.

Beyond radio and personal dance lessons, Arthur Murray wrote several books and brochures to promote the social aspects of dance.

His third business, which was launched in 1925, involved selling branded dance lessons through franchising. He trained dance instructors for the Statler Hotel chain, who then went to various hotels and gave lessons; Murray kept some of the profits from each franchise.

This business was expanded more widely in 1938, when the first official Arthur Murray dance studio franchise was opened in Minneapolis, Minnesota. Others followed. The original studio was in Miami Beach, Florida. His slogan was: "If you can walk, we teach you how to dance", and the company guaranteed that the pupils learn to dance in ten lessons.

After WWII, Murray's business grew with the rise of interest in Latin dance. By 1946, when Arthur incorporated, there were 72 franchised studios grossing nearly twenty million dollars a year.

Murray regularly taught and broadcasted in Cuba in the 1950's. Arthur bought five fifteen-minute television spots on CBS and persuaded Kathryn to teach on TV. He went on television with a dance program hosted by his wife, Kathryn Murray, The Arthur Murray Party, which ran from 1950 to 1960 on CBS, NBC, DuMont, ABC, and then on CBS. Among the Arthur Murray dance instructors in the early 1950's was future television evangelist D. James Kennedy, who won first prize in a nationwide dance contest.

The Murrays retired in 1964 and sold the company to a group of business associates, but they continued to be active for some time, appearing as guests on the Dance Fever disco show in the late 1970's. By then, there were more than 3,560 dance studios bearing his name. In 2007, about 220 Arthur Murray Studios remained in operation. Arthur Murray Dance Studios claims to be the second-oldest franchised company (the first, A&W Restaurants, which began in 1919).

Arthur Murray was inducted into the National Museum of Dance's Mr. & Mrs. Cornelius Vanderbilt Whitney Hall of Fame in 2007.

A renewed Arthur Murray system took shape in 1964 when a group of Arthur Murray associates and franchisees took the helm. Under the leadership of Philip S. Masters, George B. Theiss and Samuel A. Costello, the company began to re-invent itself.

The advent of Disco helped make dance contests and Arthur Murray Studios popular all over again. 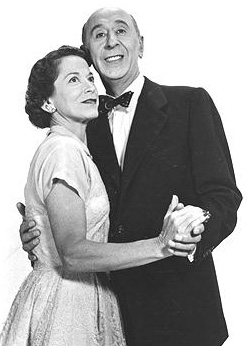 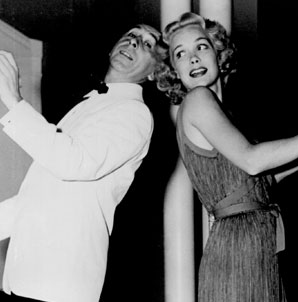 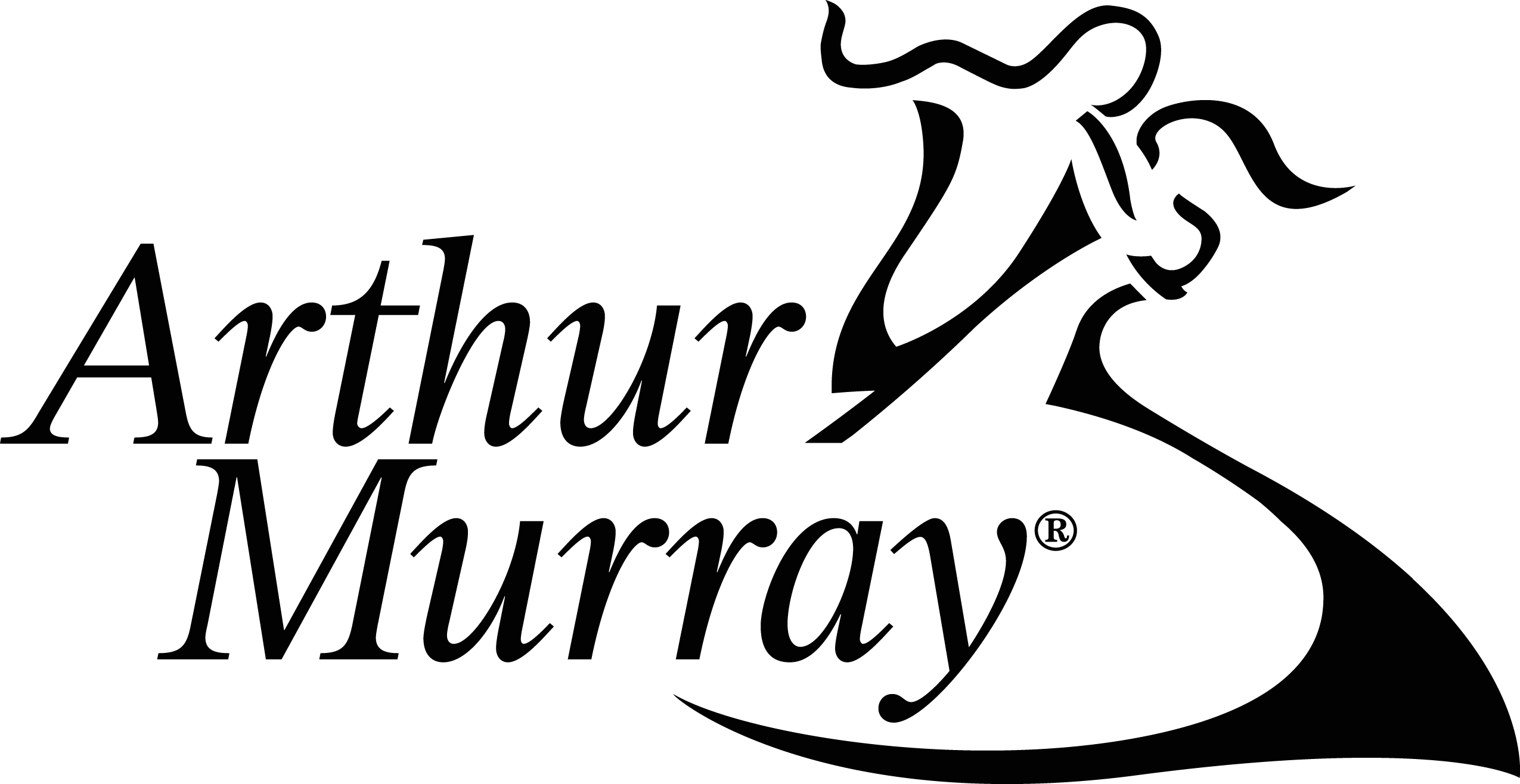 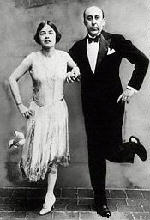 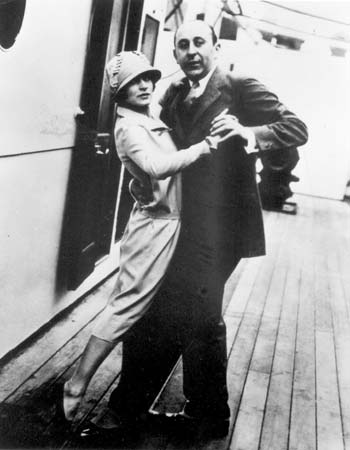 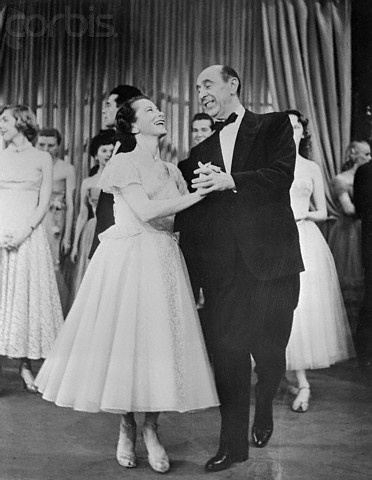 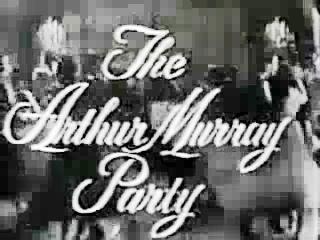 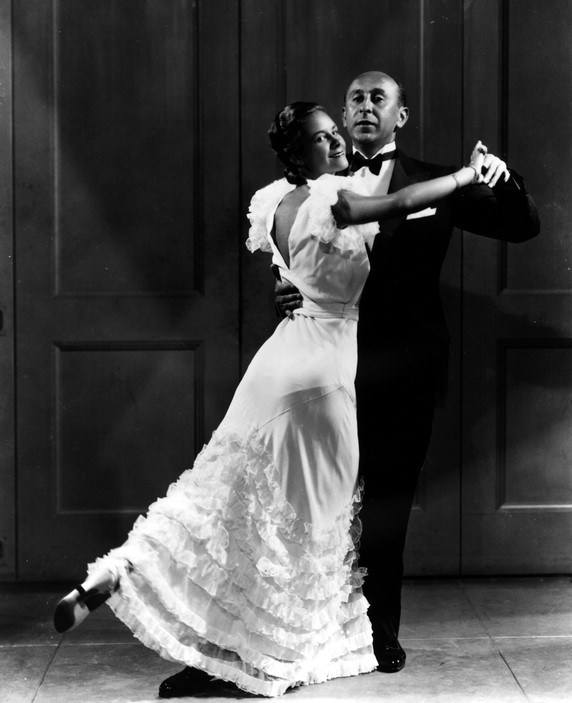 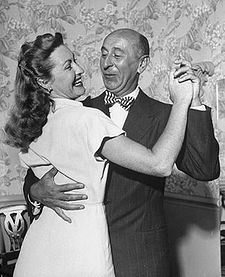 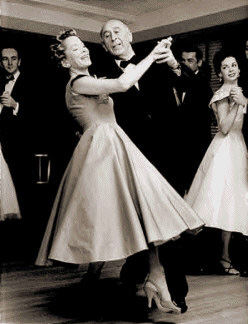 You can also search for Arthur Murray to check for alternative titles or spellings.